Death of a Storm Chaser 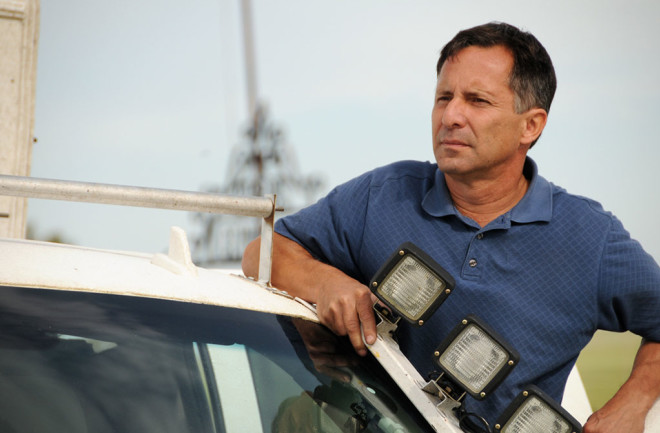 Tim Samaras, a veteran tornado and lightning researcher, was killed in May during a massive Oklahoma tornado. | Discovery Communications

In May, veteran storm chaser Tim Samaras — along with longtime colleague Carl Young and son Paul Samaras — was killed by a twister that tore through Oklahoma, killing 22 people.

Known for his appearances on the Discovery Channel’s Storm Chasers, the 55-year-old self-taught engineer traveled about 35,000 miles each summer, tracking tornados. He designed and built innovative probes that he placed on the ground just before tornados barreled through — often at grave personal peril — to measure storm conditions. Samaras’ work detailing the thermodynamic mechanisms that transform a thunderstorm into a tornado contributed to increased warning times ahead of tornadoes. Using a 1,600-pound Cold War-era camera (originally used to film nuclear tests) retrofitted with digital sensors and special software, Samaras strove to capture the dazzling moment a lightning strike is born, hoping these high-resolution photographs would provide insights into how lightning forms and why lightning bolts often follow an erratic path.

“He did groundbreaking research, and he was very careful and very experienced, which makes his death all the more stunning,” says Greg Forbes, a Weather Channel severe weather expert and a friend of Samaras. “It was a tremendous loss.”

[This article originally appeared in print as "Death of a Storm Chaser."]