Sea urchins are decimating California’s kelp forests. But sea otters — along with their voracious appetite for shellfish — have stepped in. 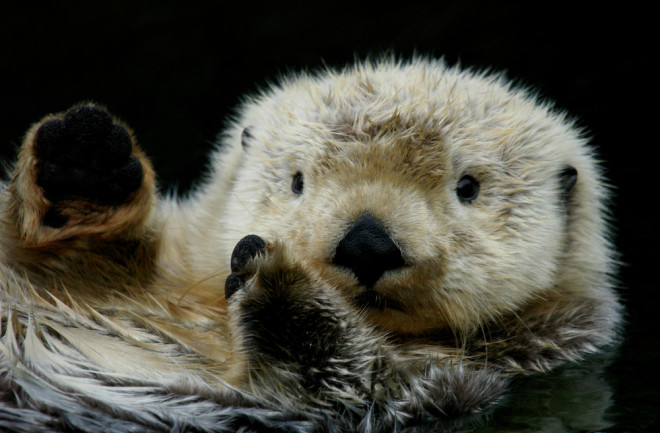 The brutal consequences of climate change in California, the record-breaking heatwaves, droughts, and wildfires have been well documented. But sadly the climate crisis has also taken a terrible, if more hidden, toll on California’s marine ecosystems.

Marine heatwaves in 2014 and 2015 both stressed kelp forests (which need colder water to thrive) and further fueled sea star wasting disease which had begun in 2013 and which would ultimately result in the largest marine extinction event in modern history. Untold billions of sea stars (or starfish) from at least 20 species, disappeared from the entire Pacific coast from Alaska down to Mexico. Enormous sunflower sea stars, now functionally extinct in California, were a major predator for sea urchins and in their absence, the urchin populations exploded.

When no longer restrained by predation, urchins, a voracious herbivore, moved out of their former rock crevice habitats and laid waste to kelp forests already weakened by high ocean temperatures. Tragically, Northern California has now lost 95 percent of its once verdant kelp forests; where these richly biodiverse marine ecosystems once thrived little more remains than a seafloor carpeted with spiky urchins, so-called urchin barrens.

The precipitous decline of kelp forests not only dealt a devastating blow to marine biodiversity; it has also had dire economic consequences for the coastal communities that formerly depended on fish, abalone, and other marine resources generated by kelp forests. Kelp forests, which can be up to 20 times more efficient at sequestering carbon than land forests, are also a very important ally in the fight against global warming.

However, the situation is complex; while nearly all California coastal systems have been disrupted by warming waters and massive sea star die-offs, not all kelp forests have declined equally. One coastal region whose kelp ecosystems have fared somewhat better than Northern California is Central California. A new study led by Joshua Smith, a doctoral student at University of California, Santa Cruz, examines the role robust sea otter populations, a keystone species and a natural predator for urchins, play in preserving existing kelp forests in the Monterey Bay from the depredations of urchins. As a marine ecologist who has witnessed the decline of kelp forests firsthand, Smith wanted to better understand the factors behind the depletion of kelp forests and what possible remedies might be available.

“I'm really interested in what causes these sea urchin grazers to go rogue and overgraze kelp forests,” says Smith. “The big questions are what will cause the kelp to come back and what will reduce urchin populations to the point where kelp forests can recover?”

By the 20th century, sea otters on the West Coast had been hunted to point of extinction but federal protection has led to a resurgence in otter populations in certain areas. Central California, particularly in Monterrey Bay where the study took place, has seen a rebound in otter populations. The research project spanned three years during which intensive underwater surveys produced some very interesting data about sea otter behavior. One question that was important to Smith to resolve was how Monterey Bay’s kelp had managed to avoid being completely overrun by urchins in the way Northern California’s kelp ecosystems had been.

“In Monterey Bay, there are sea urchin barrens where there's no kelp and directly adjacent to those are these patches of remnant kelp forests that seem pretty healthy,” says Smith,

Sea otters have very high metabolisms that keep them warm in icy waters and which also makes them ravenous consumers of shellfish, urchin, and fish; sea otters can eat 25 percent of their body weight in food in a day. One advantage researchers like Smith have when observing otter’s diets is that otters bring their prey to the surface to eat it.

At the observed sites as the urchin population grew, the otter’s diet shifted to become more heavily reliant on urchins. In fact, the otters were eating 3 times as many urchins as they had been before 2014 and, as a result, otters provided crucial protection from urchins to the remnant kelp forests.

The otters, however, hunted only within the confines of the healthy kelp forests and did not look for prey in neighboring urchin barrens. Early on as urchin barrens expanded some hoped that urchins that had vastly overpopulated might simply starve themselves out of existence and thus provide kelp with the chance to return and reclaim its former habitat. Unfortunately, when deprived of primary food sources, urchins can slow their metabolisms down and go dormant for years on end, with the remaining organism left in an extremely emaciated state within its shell. Because of dormant urchins’ lack of nutritional value, it makes sense that otters would ignore them in favor of their healthier, higher calorie peers who exist within the remnant kelp forests.

The fact that otters were able to contribute to the health of the patchwork of surviving kelp forests by keeping urchin populations in check provides Smith with hope for the continued survival of kelp forests.

Kelp is not a plant but is instead the King Kong of marine algae; it can grow at a rate of 1.5 feet a day and its towering strands can reach a height of 100 feet so under the right conditions urchin barrens could quickly flip back to being healthy kelp forests. However, Smith points out that even if, as hoped, the situation changes and urchin over-population is controlled by a return of the sea stars return or contained by a weather or disease event it’s crucial that some healthy kelp forests still exist.

“The important thing is that when the urchins and the patches of barrens are ultimately reduced,” says Smith, “the sea otters have maintained remnant patches of kelp forest that can then help replenish the barren areas to enhance the recovery of forests.”

Dolphins Reveal the Health of the Gulf of Mexico