Conserving Predators of the Plant Kingdom

Recent studies predict about one quarter of carnivorous plant populations face extinction. That’s why conservationists around the world are working together to reduce threats. 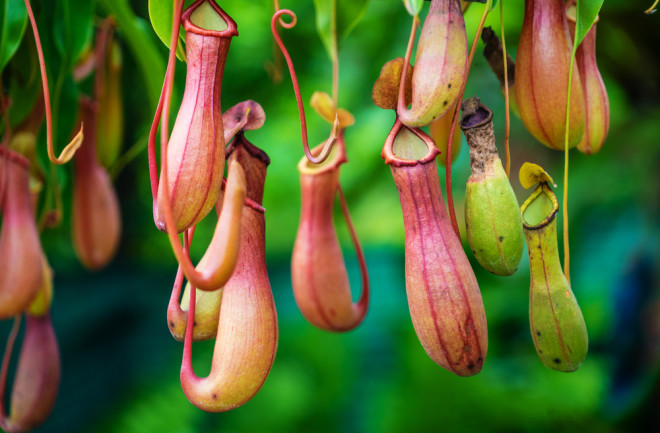 Carnivorous plants have all the trappings of regular plants. They have leaves and stems, and some even have flowers. Though there’s one difference between them and non-carnivorous plants: they eat animals small enough to fit in their traps, rather than deriving nutrients from their habitat. From protozoans to frogs and mice, nutrients absorbed from their prey counterbalance the lack of nutrients in their environment. In the bogs and fens that are their habitats, sunshine is readily available. But excessive amounts of water limit nourishment. So, they’ve adapted to consume prey via specialized leaves that secrete enzymes. These secretions aid in digestion, much like the acids in a human stomach.

You might think carnivorous plants are fierce and don’t need a lot of protection from the elements. They’ve adapted to consume nutrients in ways no other plants have, haven’t they? But there are a few key risk factors carnivorous plants face, and more so as the climate continues to change.

Illegal poaching for the sale and trade of carnivorous plants is one cause of endangerment. Developments in energy production, mining, and transportation drastically change and lessen the breadth of their natural habitat. One of the greatest threats they face is eutrophication, when fertilizer runoff from nearby farms leeches through waterways and into bogs and fens. This results in increased levels of nitrogen that cause unnatural algal blooms. These blooms suffocate the fish, aquatic plants, and carnivorous plants that live in the water.

It’s because of the increasing risks to these exceedingly rare plants that conservationists struggle to reduce factors causing their extinction.

Habitat restoration is a key endeavor in her conservation project with GPCA. The bogs where these plants live are the rarest habitat of their kind. With the efforts of the GPCA spearheaded by Carrie, 687 purple pitcher plants are safeguarded and allowed to thrive in the wild.

Alastair Robinson and Adam Cross work in Australia, Madagascar, Indonesia, and Malaysia to preserve native carnivorous plants that face climate change and habitat destruction. Through their research in cooperation with other conservationists, they determined that almost half of carnivorous plant habitats are endangered. By pinpointing the most significant threats to carnivorous plants – specifically, rare species – Alastair and Adam have a few recommendations for the public.

They suggest government-level interventions are necessary to protect carnivorous plant environments. By focusing on the scientific aspects of carnivorous plants, governments around the world can educate the public about the importance of these species. They also suggest individuals use their right to vote to promote politicians that target the prevention of habitat encroachment, illegal poaching, and destructive mining. They promote horticultural societies’ ability to make a difference around the globe through preservation, cultivation, and protection of these unique plant species.

Because poaching is such a huge threat to the survival of carnivorous plants worldwide, cultivators have an opportunity to step in and propagate rare plants in a more ethical manner. Their efforts subvert the damage done by the illegal plant trade, which wipes out rare species of plants. They are also well-suited to educate the public who may be curious to know more about the plants offered at their nurseries.

California Carnivores is one nursery that provides the public with carnivorous plants from around the world. They sell resources that educate their customers about carnivorous plant care. Their founder, Peter D'Amato wrote one of the foremost books on carnivorous plant tending, The Savage Garden: Cultivating Carnivorous Plants. They manage a blog with free information about the care of these plants as well.

Joe Garner at carnivorousplants.com in North Carolina started out as a hobbyist, but quickly shifted his energy toward selling nursery stock. After studying horticultural texts at his local library, Joe bred pitcher plants and perfected a method for doing so that he uses today. His approach focuses on hardening off the plants at his nursery to prevent death in transit to customers. The company also provides the public with free information about cultivating carnivorous plants.

The Meadowview Biological Research Station (MBRS) in Virginia is a center of carnivorous plant cultivation and education. They employ a five-step process of conservation that starts from a discovery and research foundation. After learning about carnivorous plant species, MBRS reintroduces them into the wild. Additionally, the station is a plant nursery that offers visits by appointment. Attendees of these appointments learn more about what they do and how to care for carnivorous plants at home.

It’s because of conservationists like these that carnivorous plants have a foothold in the world.