Soot emissions, a major cause of Arctic melting, were historically higher than previously thought. 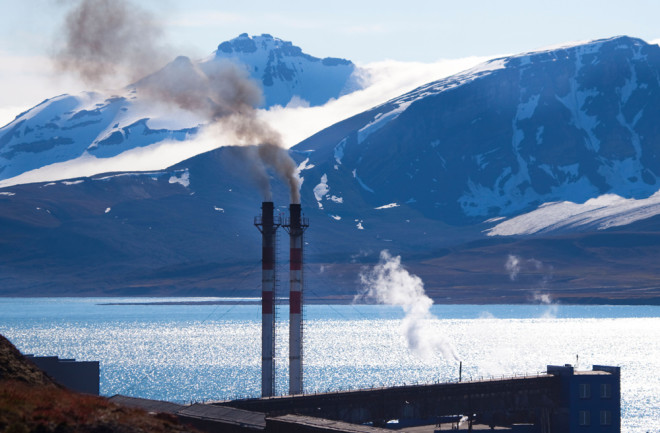 A coal-fired power station belches smoke in Barentsburg, Russia. Soot from sources like this mix into the Arctic’s atmosphere and can land on the Arctic ice cap, causing the darkened snow to absorb more sunlight and melt, even in winter months. | Deadlyphoto.com / Alamy

Environmental chemist Liaquat Husain of the University at Albany-SUNY had hit a snag on his models that tested the impact of soot on the Arctic climate. He needed more data. Luckily, when he explained his need for historical atmospheric measurements at a lecture in Helsinki, his pleas fell on the perfect sets of ears.

In the audience were researchers from the Finnish Meteorological Institute, which happens to have the longest continuous record of atmospheric Arctic soot. Since 1964, Finnish researchers — anxious about nuclear contamination from the neighboring Soviet Union — had been measuring several air pollutants, including radioactive particles and soot.

Husain and the institute’s scientists found that from 1964 to 2010, soot emissions were four times higher than the predictions of the field’s leading model. Even worse, most models got the timing of soot distribution wrong. “That’s pretty serious,” says Husain. Their findings indicated that twice as much soot was deposited on snow in winter compared with summer, meaning that the sunlight-absorbing soot likely caused greater melting of the Arctic ice cap during the winter.