Coal Almost Turned Earth into a Giant Ball of Ice 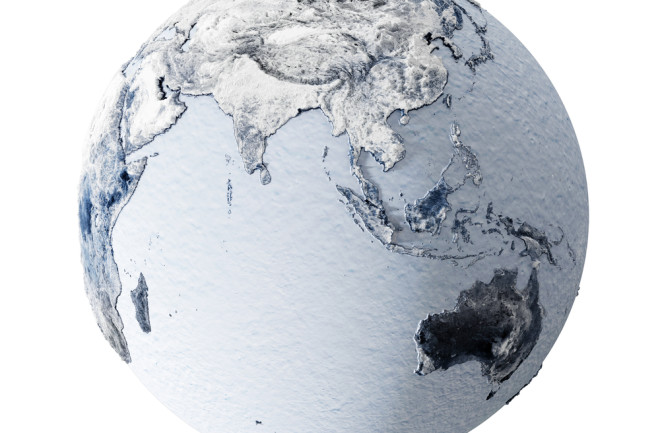 Coal, it’s the sooty fossil fuel that’s heated our homes and generated electricity for centuries, but millions of years ago its formation could’ve frozen the planet.

Coal deposits formed from dead trees and plants roughly 300 million years ago during the late Carboniferous and early Permian periods. During that timeframe, Earth was largely a hot, sticky planet covered in swampy jungles. Levels of CO2 reached 1,000 ppm, which is more than twice the levels they are today. But as the climate changed, and the trees died, rotted and turned to coal, CO2 levels started dropping. Coal sucked Earth’s levels of that gas to staggeringly low levels, pushing Earth to the verge of freezing.

That, at least, is the conclusion of a study released Monday in the Proceedings of the US Academy of Sciences that examined Carboniferous and early Permian climates. We are now burning and releasing that very reserve of CO2, which has global CO2 trending back to their ancient highs.

Georg Feulner, a researcher from Potsdam Institute for Climate Impact Research, conducted computer simulations in order to estimate levels of CO2in Earth’s atmosphere millions of years ago. He estimates that, at one point, atmospheric CO2  concentrations reached only 100 parts per million (ppm) — maybe even lower. The entire globe would freeze over at 35 ppm.

Though, the study shows that CO2 levels weren’t the only culprits contributing to our planet’s low temperature at the time; Earth’s tilt and position to the sun also affected global climate.

Aside from coal almost turning Earth into a big ol’ ball of ice, this study highlights the important role fluctuations in CO2 play on a global scale.

“The amount of CO2 stored in Earth’s coal reserves was once big enough to push our climate out of balance,” Feulner said in a news release. “When released by burning the coal, the CO2 is again destabilizing the Earth system.”

In April, Discover reported that CO2 levels reached 410 ppm, which shows an increase of 3 ppm per year. Researchers have warned that CO2 levels hitting 400 ppm is worrisome, while Feulner seems to think 450 ppm is a point we shouldn’t reach.

“We should definitely keep CO2 levels in the atmosphere below 450 ppm to keep our climate stable, and ideally much lower than that. Raising the amount of greenhouse gases beyond that limit means pushing ourselves out of the safe operating space of Earth,” Feulner said in a news release. “Earth’s past teaches us that periods of rapid warming were often associated with mass extinction events. This shows that a stable climate is something to appreciate and protect.”