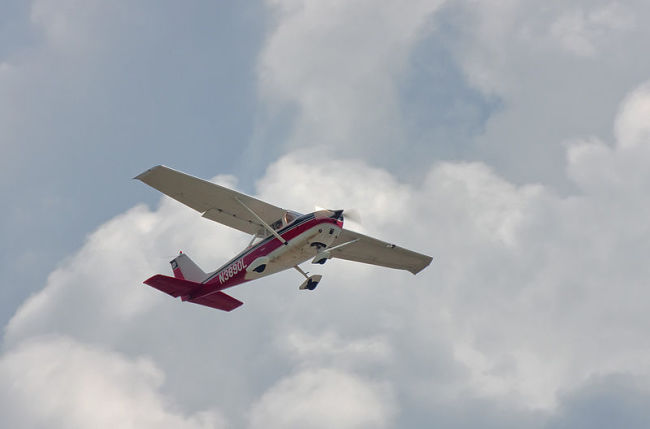 Outdoor weddings are inherently unpredictable. But now even weather can be pre-arranged, for a price. London luxury travel company Oliver’s Travels is guaranteeing couples a sunny day for their nuptials courtesy of their Cloud Bursting service. The company will “pop” clouds prior to your big day through a process more commonly known as cloud seeding. The service, which costs about $150,000 and is currently only offered in France, promises to clear up cloudy skies with a little help from atmospheric science.

Here's how it works. Oliver’s Travels employs a meteorologist to study the selected venue’s weather patterns for a week leading up to the wedding day. Then, over the 24 hours preceding the event, a pilot is dispatched to dissipate potential rainclouds by sprinkling silver iodide particles nearby. Silver iodide, in turn, speeds up the condensation process necessary for rainfall. The silver iodide particles attract moisture within the clouds, which then gathers and condenses into ice crystals. Eventually, this condensed moisture rains down, melting as it hits warmer temperatures – essentially draining the cloud of any potential downpours. 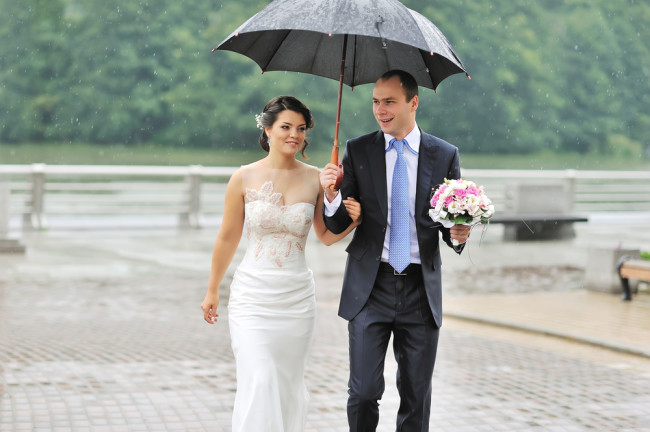 The science of making rain is relatively settled. China famously used cloud seeding to prevent rain in Beijing during the 2008 Summer Olympics, and routinely uses cloud seeding before other holidays. Cloud seeding has been used for decades in the American West as a means of extracting more rainfall for parched areas. The biggest study to date on the effectiveness of cloud seeding determined that it increased precipitation by 5 to 15 percent. The ethics of such weather modification are slightly murkier, however, raising questions of who owns the rain. In one such case, Slutsky vs. City of New York, a country club owner claimed the city’s efforts to induce rain to alleviate drought were ruining his business. Private rain-making efforts, such as those of Oliver’s Travels, are even more complicated, since they aren’t dictated by utilities and local governments but rather consumers. Presently the only restriction the company puts on the service is that it not occur within 30 miles of any airport.

“Cloud seeding is now considered a mainstream tool,” says Natasja Rasmussen, head of customer experience at Oliver’s Travels. “New technology provides much more reliable results, meaning we can guarantee the perfect day.” The company puts a 100% guarantee on the clear skies provided by the service, excepting any natural disasters such as hurricanes. But they haven’t yet secured any bookings for the service since debuting it earlier this year. “The high price means it’s not an option for some couples, but we’ll be excited to see the first booking,” Rasmussen says. “We have had interest from all over the world.”