Human conflict appears to intensify during times of heat, drought and torrential rains. 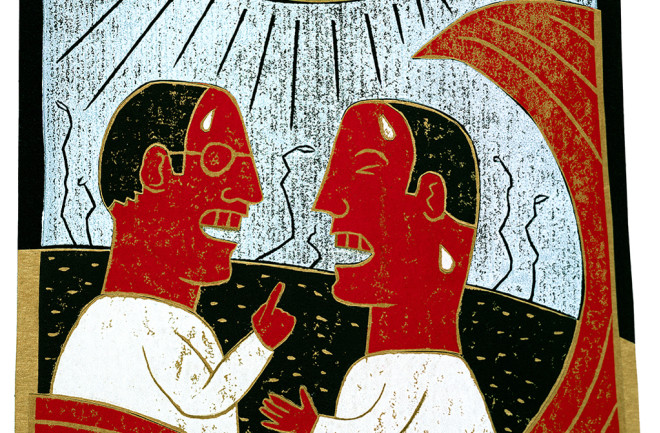 Agricultural economist Marshall Burke and his colleagues conducted a meta analysis of 60 previous studies that looked at climatic events and their link to human conflict, including the fall of the Mayan Empire, civil conflicts in Africa, ethnic clashes in India, road rage in the U.S. and even the type of pitches thrown during Major League Baseball games when temperatures rise.

The researchers then used a mathematical model that combined the conflict data with temperature and rainfall projections through 2050 to come up with predictions about the likelihood of climate-related violence in the future.

What they found: War and civil unrest may spike by up to 56 percent between now and 2050, while acts of aggression — murder, assault, domestic violence — could increase by 16 percent.

The study was published in Science in August, but some experts are skeptical. “It’s a tremendous leap to draw these conclusions — that climate change is linked to violence — and factors such as economics, technology, poverty, group dynamics, cultural nationalism and personalities play significant roles in outbreaks of war,” says William Martel, an international securities expert at the Fletcher School of Law and Diplomacy at Tufts University.

While UC Berkeley researchers haven’t identified the exact link between higher temperatures and aggression, they point out that scarcer resources — a likely outcome of droughts, floods and other extreme weather — can lead to economic strife and food shortages, and those desperate situations can enhance the propensity for social conflict.

“Climate affects economic productivity, institutions and human physiology,” says Burke. “It’s likely that climate is important for conflict precisely because it shapes so many of these other factors that also affect conflict.”

[This article originally appeared in print as "Climate Change May Lead to More Wars."]