Animals are being forced to relocate to new habitats, shaking up the network of mammalian viruses — and creating disease hotspots that could spark future pandemics. 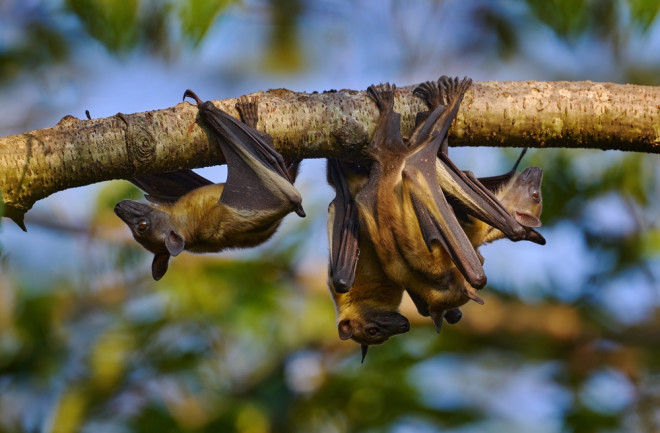 Right now, at least 10,000 viruses capable of infecting humans are lurking in the wild, most of them circulating undetected in animals. Typically, these diseases don’t end up reaching us. But in some cases, a virus will leap from one species to another, a phenomenon known as a “viral spillover.” When emerging infectious diseases hop between animal hosts, and, eventually, to humans, the consequences can be catastrophic.

Viral spillover is the culprit behind some of the most damaging infections in history: In late 2002, the coronavirus that causes SARS, or severe acute respiratory syndrome, jumped from bats to people through an intermediate host, a weasel-like creature called a civet. A decade later, in 2013, an 18-month-old boy from a village in Guinea was playing near a hollow tree that contained bats carrying a mysterious disease — later identified as Ebola. The child became infected and died, possibly setting off an outbreak that killed more than 11,000 people. And while we may never know the exact origins of COVID-19, scientists still believe that the disease that ignited our current pandemic most likely came from a bat, as well.

The potential for such spillover events is likely to increase dramatically as Earth's climate heats up, possibly introducing humans to thousands of new viruses, according to a new study published in Nature last week. That’s because global warming is forcing animals to move to new habitats to find food and cooler temperatures. “That basically shuffles the deck within ecosystems in terms of which species are in contact with each other,” says Colin Carlson, a coauthor on the study and a global change biologist at Georgetown University.

The study authors project that there will be at least 15,000 new viral transmissions between species by 2070 if global warming holds at 2 degrees Celsius (3.6 degrees Fahrenheit), which is the upper limit for climate change under the Paris Agreement. That global shakeup could have alarming consequences for us, as well.

“In the first draft of this study, we didn’t even use the word ‘pandemic,’ ” Carlson says. “We’ve let the results talk us into believing this is a human health risk. There are a lot of things that get overblown in this space; it’s very easy to tell scary stories about the end of the world.” Still, no matter how you approach the study’s findings, he continues, they suggest a significant risk to human health.

Predicting how climate change could create new opportunities for the spread of disease was no easy feat. But despite its complexity, Carlson notes that the study’s basic premise was pretty straightforward: “For over a decade, I’ve been thinking about how things move in a changing climate,” he says. “How do animals move to new habitats? How do viruses move? When you think about that process, [it becomes clear that] if species show up in new places, they’re going to run into new viruses.”

Carlson and coauthor Greg Albery, a disease ecologist at Georgetown, spent three years testing that theory. In 2019, the study authors began by analyzing data sets of viruses that can be spread between animal species. Then, they mapped out the habitats of more than 3,000 mammals, projecting how the geographic ranges of those animals would shift under different climate change scenarios. The team looked for areas where these ranges overlapped; in other words, where species that had never comingled before became new neighbors, interactions that the researchers aptly called “first encounters.” Finally, they created a massive computer simulation that modeled potential hotspots for virus swapping — essentially, areas where the conditions for viral spillover are ideal.

The scientists found that these interspecies rendezvous will happen everywhere in the world. But, surprisingly, the bulk of them will take place in mountainous regions of tropical Africa and southeast Asia, rather than in the cooler Arctic as predicted. That’s because the areas where new species are most likely to rub elbows are on mountainsides, as animals from different biodiverse lowlands all trek towards higher elevation, where they inevitably share space and brush up against each other.

Perhaps less surprisingly, the simulation showed that bats will be the primary driver of new viral sharing. It’s their ability to take to the skies, Carlson notes, that makes bats such potent carriers for disease among mammals. “We talk a lot about bats being special because they’re reservoirs for dangerous viruses,” he says. “But there’s this other obvious point about why bats are special: they can fly. That means they can bring viruses into new places.”

Among the study’s worrying findings is that these hotspots of viral activity will often overlap with areas that have a high population density, like cities. “In the future, species disproportionately need to use the places that we already live,” Carlson says. “We’ve built the places we live in climatically stable areas. That means that all of this will be happening in our backyards.” The scientists flagged human population centers in equatorial Africa, southern China, India and Southeast Asia as areas of high concern. “Most of these viral sharing events are happening in Southeast Asia," Carlson says, "and that has to do with the biogeography of where bats live.”

Still, Carlson emphasizes that this reshuffling is a global phenomenon, with global consequences. “One of the worst things we could do is [conclude] that everybody else is at risk from this, but not us,” he says. “A pandemic is a one-time dart thrown at a map, and that can [happen] anywhere.”

The Tip of the Iceberg

It’s tempting to think that the consequences of climate change will only happen in some distant, far-flung future. But, in this case, the study authors suggest that this future may already be here.

“We’re used to writing studies where climate change impacts are future problems that can be avoided if we do the right thing,” says Carlson. “We are well into this particular climate change impact, and there is not a great way to put it back in the box. That was a complete and total surprise.”

The scientists initially predicted that most of these first encounters would occur later in the 21st century; they found that the majority of them will actually take place between 2011 and 2040. In other words, given that the world has already warmed by 1 degree Celsius (1.8 degrees Fahrenheit), the opportunities for new species to meet and swap diseases have already been set in motion.

Another surprise: mitigating the effects of climate change won’t solve this. In fact, attempts to curb climate change — and slow down global warming — actually makes it easier for species to move from place to place. “In an extreme warming scenario, the planet warms so fast that species quite literally go extinct before they have an opportunity to share viruses with each other,” says Carlson. By contrast, more gradual warming gives animals more time to respond and migrate to new habitats. “This process doesn’t necessarily go away if we reduce greenhouse gas emissions — in any future we’re looking at, this is a problem.”

Still, Carlson cautions that failing to curb climate change and lessen greenhouse gases would bring even more catastrophe. “If we do not reduce greenhouse gas emissions urgently and totally, if we do not phase out fossil fuels, we are talking about the end of sustainable human civilization,” he says. “It is still the same global crisis it was yesterday, and it will still save millions and millions of lives for us to phase [them] out.”

Since its publication last Thursday, the study has fueled a whirlwind of press coverage. But Carlson also notes that it’s been hard to bring attention to his research over the past few years. “This study has been up as a preprint during the entire pandemic. And we’ve said that we have this research that shows that climate matters; maybe we can’t take a prevention-first approach [to pandemics],” he says. “It’s exciting that it’s out in Nature and everyone wants to talk about it. But it highlights that we are not as responsive as we could be to how fast scientific understanding changes.”

Stopping spillover altogether is likely not possible. But the scientists urge that investments in wildlife disease surveillance systems can help raise the alarm when diseases do jump between species. Beyond that, we can work to catch disease outbreaks before they become pandemics. “We want to be building health care systems that can catch these outbreaks early, and keep them from spreading,” Carlson says. “The solutions here lie on the human side.”