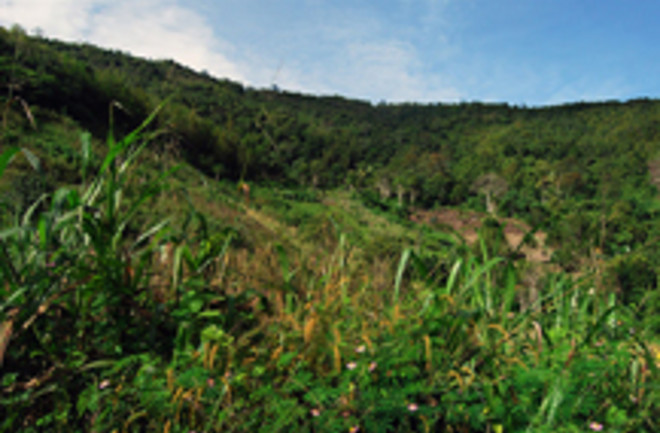 Some plants simply can't handle their climate changing, and an increased temperature kills them off. Others, as DISCOVER recently covered, manage to migrate to a cooler climate when nature turns up the heat. But a grass found on a rocky hillside in Northern England has chosen a third option: Stay and tough it out. Researchers from Syracuse and Sheffield universities had been toying with this particular ecosystem for 13 years. Herbs and shrubs abound in the rocky region; more than 50 species of plants per square meter can be found, and researchers decided to put them all to the test. They divided the area into smaller plots, and varied the climate of those plots wildly. One section was given 20 percent more water than its average yearly amount; another area had shelter built over it to simulate drought. The scientists even planted heating cables underneath one plot to simulate a warmer-than-average winter. A similar ecosystem in Southern England, which the scientists tested at the same time, changed drastically when researchers altered its climate. But not the northern patch—it barely changed. Jason Fridley of Syracuse, one of the study's co-authors, says the Northern England grassland might eventually give way to the pressure of climate change and die off. Or, he says, it's possible that the ecosystem simply will not be moved, no matter what he does. But this finding shouldn't come as a surprise: You've got to be willing to tolerate lousy weather to live in Northern England in the first place. Image: flickr/Matsuo Amon