Chemicals from cooking and cleaning linger on household surfaces longer than you might think. 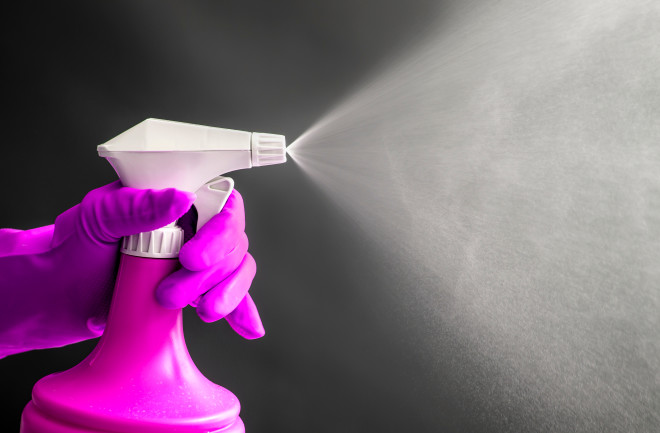 Anyone who has ever left their toaster unsupervised for too long knows what to do. After attempting to rescue your charred bread, you open a window. Well, scientists recently tried the same air-freshening tactic for 19 common chemicals found in homes — and found that it didn’t actually do anything.

Even after opening all the windows of a house seven different times for half an hour each, the chemicals reappeared at pre-air-out levels within minutes.

The predictable reappearance of the chemicals indicated to the team that all the surfaces in a home — curtains, counters, floors and more — were acting as "big chemical reservoirs," says Chen Wang, study co-author and chemist at the University of Toronto. These materials hold onto and release chemicals in our homes, the researchers explain in their new paper in Science Advances.

Chemicals in the Home

Though chemical compounds permeate our homes, not all of them are inherently harmful. The vanillin in the vanilla extract sitting next to your flour, for example, isn’t causing any problems. That's why Wang and her colleagues decided to focus on a subset of household chemicals that scientists think might cause health problems if we interact with them too much. For instance, the ammonia in some cleaning products, or the octanoic acid in milk and palm oil.

To see how much back-and-forth happens between these chemicals and household surfaces, Wang and her team turned to a home built for the sake of research at the University of Texas at Austin.

The researchers took initial measurements of 19 different airborne chemicals and then threw open the windows. When the breeze was blowing through, concentrations of all chemicals dropped. But when they closed the windows, it took a maximum of about 55 minutes for the chemicals to reappear at basically the same levels. In some cases, it took little more than eight minutes. “It was a little bit surprising,” Wang says. “We thought it wouldn’t be so fast.”

This test home had never actually been cooked or cleaned in, which means that the chemicals the team found lingering in the house were residuals from the construction and installation of the building.

As for how this happens, Wang says, they aren’t sure. Some people on her team are starting to look into how these chemicals end up in cotton, paint and other materials, and what makes them release. Additionally, if these chemicals are in the air, it means they’re also likely interacting with the molecules and chemicals inherent to our couches and countertops, too, Wang says — potentially allowing for additional chemical reactions.

The researchers also gave the house its first-ever floor washing with ammonia (four washings, to be exact), which afterward boosted the amount of chemicals in the household air.

Though some of these chemicals might come with health risks if someone is exposed to them for a long time, this study doesn’t investigate whether the concentrations they recorded are harmful. However, the finding does mean that chemists need to better understand how these byproducts of our daily lives attach to and interact with our surroundings.

Even if opening your windows won’t completely usher out your airborne cleaning products or the smell of burnt toast, it’s good to keep the house well ventilated when cleaning or cooking, Wang says. But she also points out that windows let in outside chemicals too, like ozone, which reacts with all kinds of things. “The open window might decrease some chemicals, but might increase others,” she says.