Even if you don’t have a personal garden to sprinkle compost in, there are other ways the soil additive can be helpful. 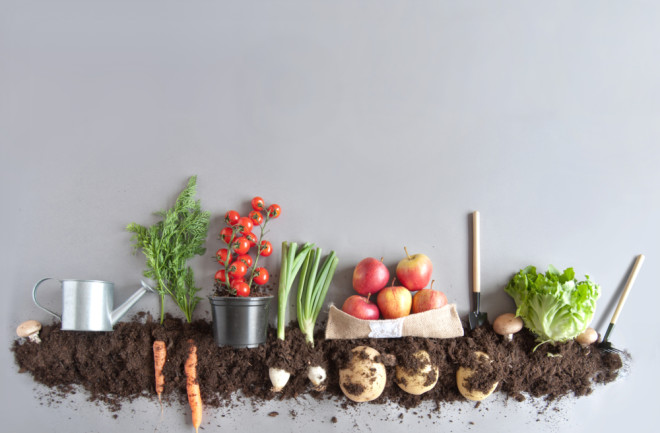 Banana peels and coffee-ground mountains begin to pile up when you’re eating all meals at home for weeks on end. Maybe it’s finally time to get serious about composting.

Potential composters might shy away from separating out their food scraps because it’s time-consuming or messy, says Keima Kamara, a solid waste specialist with the Oklahoma State University Extension. “Some people want to just put everything in the trash bin and put it in the dumpster,” she says. But your discarded veggies can build up healthy soils and reduce greenhouse gas emissions with minimal personal oversight, depending on the method you choose.

Composting essentially helps organic matter, like food waste and yard trimmings, turn back into the raw ingredients other plants need to grow. Microbes break down the scraps and the resulting compost delivers sweet, sweet molecules to whatever is growing on a farm, garden and beyond.

Sprinkling the material over food plots also anchors down soil and prevents it from washing or blowing away. Construction sites deal with erosion, too, which is why some agencies recently started experimenting with roadwork compost embankments, Kamara says. For two years, the Connecticut Department of Transportation laid down thick stretches of the almost-black additive near digging projects and found that the material absorbed water and kept dirt from running off as trees and shrubbery grew back.

There are other, less visible benefits to composting, too. In 2018, about 15 percent of all human-related U.S. methane emissions came from landfills, where roughly 20 percent of the content is food. When food scraps go to these trash pits — as is the case with about 75 percent of all wasted food, according to 2017 EPA data — they produce a lot of methane, a powerful greenhouse gas. That’s because this waste gets mixed with other garbage and cut off from the air. Specific microbes that thrive in zero-oxygen conditions then go to work, pumping out methane as they digest.

To prevent that, successful compost efforts require mixing or rotating a pile of food waste. Regular churning keeps the compost exposed to oxygen and allows other bacteria to do its work. This mixing up of decaying peels, rinds and scraps prevents them from producing methane.

Handing It Over to Professionals

The perfect compost also requires maintaining the right amount of moisture and blend of added materials. If that sounds like too much to master in your own backyard, that’s OK. Many cities, counties and local organizations have mastered this composting technique.

City programs often offer curbside compost bins alongside recycling and garbage programs to haul household food waste to massive composting centers. These facilities rely on heavy machinery to move and flip around all the scraps. And they’re typically regulated to ensure they don’t stink up local neighborhoods or leak fluids into water supplies.

Ideally, large municipal composting programs sell their compost to farms or vineyards, as San Francisco’s composting system has managed to do. But that hinges on producing enough compost to sell and profit from — something New York City has struggled with. Coronavirus-related budget cuts pushed New York to pause all compost collection as of May 4. Prior to that, the city had been spending much more on the program than it had earned as part of an effort to reduce landfill waste 90 percent by 2030.

Smaller programs and private organizations generate compost with and for local communities. That’s the idea driving LA Compost. The nonprofit in Los Angeles runs collaborative compost piles in 30 locations across the city and teaches people how to start their own backyard system. The final compost product stays where it was generated or goes back to contributors, says Michael Martinez, the founder and executive director of LA Compost. Some also goes to community gardens and parks. The intent with these local sites isn’t to profit off the compost; instead, Martinez aims to fill local knowledge gaps about what compost is and what it can do.

Over time, growing awareness of what compost can accomplish will push people to question how cities use it — and whether it’s being reinvested in their communities, Martinez says. “I think the less we see food scraps as waste and more of a resource, people are going to want those resources in their neighborhood green spaces.”