Chevron Ordered to Pay Billions for Amazon Pollution—but Will It Pay? 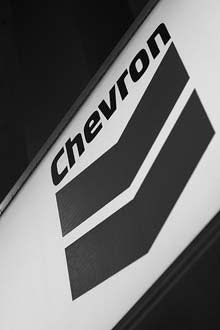 Villagers living in Ecuador's remote rainforests won a victory in one of the longest-running, most complex environmental lawsuits ever this week. A judge in Ecuador awarded $8.6 billion—with the possibility of another $10 billion or so on top of that—to plaintiffs suing Chevron for polluting the Amazon region during decades of energy exploration. But in a turn of events befitting the tangled web of international environmental law and fights over who should pay for pollution, there's no guarantee the plaintiffs will actually see that money. Judge Nicolas Zambrano awarded the $8.6 billion to pay for cleanup and for health care for Ecuadorians made sick by the pollution, plus 10 percent of that total added on top as reparations to the Amazon Defense Coalition. If Chevron doesn't publicly apologize within 15 days of the ruling—and it isn't going to—the ruling tacks on another $8.6 billion in punitive damages. The pollution case itself is full of weird twists and turns. The first thing to know about this mess is that "Chevron" didn't pollute the region—at least, not under that name.

Chevron does not, in fact, operate in Ecuador today; the American company acquired the lawsuit when it bought Texaco in 2001. Texaco started oil exploration activities with Ecuador's state oil company Petroecuador back in 1964, and for the next three decades, the 47 plaintiffs say, the company contributed to dumping billions of gallons of waste oil in the region, causing loss of livelihood, widespread health problems and up to 1400 deaths. [TIME]

Texaco paid about $40 million in damages when the company left the region in the early 1990s, but Amazonian communities, unsatisfied, sued for more. Chevron bought Texaco knowing full well this legal action was going on, and has spent the decade since fighting it tooth and nail. That includes arguing that Petroecuador was the majority player who bears most of the responsibility—a tactic that recalls the circle of blame

between BP, Transocean, and Halliburton over who was most responsible for the Gulf of Mexico oil spill

. And there have been plenty of other legal maneuvers.

Chevron has vowed not to pay, and has persuaded courts in the United States and Europe to issue temporary orders blocking enforcement of the judgment. The company has also filed a countersuit against the plaintiffs in the United States, accusing them of fraud and extortion. [San Francisco Chronicle]

Chevron's counter-suits aren't the only thing that might prevent the Ecuadorians from collecting the money. As noted above, Chevron doesn't operate in Ecuador any longer. So, industry analyst Mark Gilman tells Bloomberg

, it's not as though the courts can seize company assets to force a payment.

“It’s probably unenforceable,” Gilman said yesterday in a telephone interview. “I wouldn’t want to say $8 billion is insignificant in any way, shape or form for Chevron, because it’s not, but given the lack of local assets, Ecuador is going to have difficulty enforcing this.” [Bloomberg]

As a result, Ecuador plans to pursue its options in other countries.

Advisers to the plaintiffs said Brazil, Argentina and Venezuela would be obvious candidates to pursue Chevron assets, but they acknowledged it would not be easy. Venezuela, for instance, is a close Ecuadorean ally and its president, Hugo Chávez, is a frequent critic of the United States. But Chevron has extensive operations in Venezuela and enjoys warmer ties with Mr. Chávez’s government than just about any other American company. [The New York Times]

Chevron not only has powerful friends, it also has deep pockets. Bloomberg reports that Chevron's near-$200 billion value is triple the size of the entire Ecuadorian economy. So there's plenty of cash to keep on fighting. Related Content: 80beats: Obama Administration Lifts Deep-Water Drilling Moratorium

DISCOVER: Whatever Happened to the Exxon Valdez?

After 50 Years of Earth Day, What Have We Learned?