Yes, but it won't cure cancer or solve our energy problems. 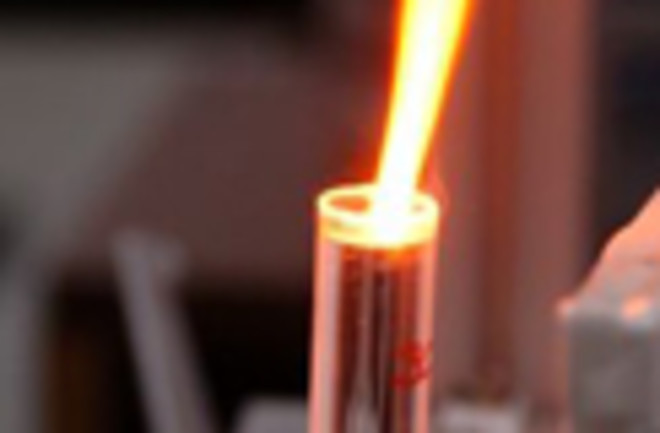 No, John Kanzius of Erie, Pennsylvania, hasn’t discovered the solution to the energy crisis. All the same, the story of a backyard scientist whose radio frequency (RF) generator seemed to ignite salt water has set amateur scientists all abuzz.

Inspired by his own bout of leukemia to try to find a better cancer treatment, retired broadcasting station owner Kanzius guessed that as an alternative to chemotherapy, he could inject tumors with metal ions, then use radio waves to heat the metal and destroy cancerous cells. He obtained an RF generator and, at a visitor’s suggestion, tried to use the energy in the radio waves to desalinate water. When Kanzius placed salt water in the path of the waves, however, the water broke apart into oxygen and hydrogen, a flammable gas.

Kanzius had essentially replicated the centuries-old method of water electrolysis, separating water into hydrogen and oxygen gases by running a current through water loaded with salt, which makes it conductive.

Alas, using radio waves to tap hydrogen and oxygen as a combustible source of energy is inefficient, and scientists have so far been unable to adapt the process for energy production.