Call Off the Crazy: Quake Prediction Falsely Attributed to Decades-Dead Quack Was Wrong 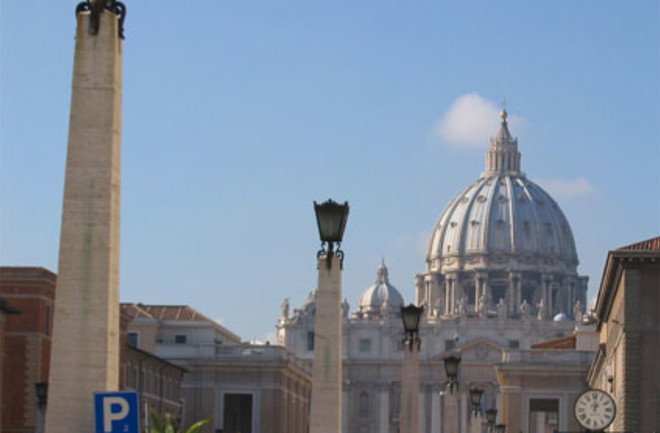 It's said that all roads lead to Rome, but on May 11, the opposite was true as thousands of Romans fled the Eternal City for fear of a massive earthquake. The mass exodus was spurred by internet rumors that said an Italian pseudoscientist predicted a devastating quake on this date over thirty years ago. It goes without saying, but here's why you probably shouldn't trust the seismic predictions of someone who thought earthquakes were caused by planetary alignments: Meet Raffaele Bendandi, a "scientist" who believed that aligned planets could change Earth's gravitational force and trigger earthquakes. He's thought to have correctly predicted a 1915 earthquake in Avezzano, Italy, but he didn't become famous until he "correctly" predicted a January 4, 1923 earthquake in Le Marche. (He was actually two days off.) It was close enough for Benito Mussolini, though, who later granted Bendandi a knighthood. While Bendandi might've gotten lucky a couple of times, it's well established that planetary alignments don't cause earthquakes. "The force from aligned planets is irrelevant compared to the tectonic forces of the Earth's plates whose movements create real earthquakes," seismologist Lucia Margheriti told CNN. "None of the big earthquakes of the last century happened with particular planets' alignment." Plus, earthquakes are just too unruly to predict 30 years in advance, and (correct) predictions that pinpoint days are impossible even with our latest technology. "To predict an earthquake, you need a precursory signal of some kind, and we've yet to find anything reliable," USGS geophysicist Tom Parsons told LiveScience. "A lot of things have been tried in terms of looking for electrical signals or gas release, and paying attention to animal behavior, but none of these have turned out to be reliable." Granted, Italy as a whole is one of the most seismically active countries in Europe: The African tectonic plate is ramming into the Eurasian plate, which has formed the Alps, and Italy has major faults running north-south down its spine, the Apennine mountains. Even by midday on May 11, the country had experienced more than 22 small earthquakes. Rome is an entirely different story because it doesn't lie near a major fault line. "You feel earthquakes in Rome sometimes, but they happen elsewhere," Parsons told Live Science. "So in terms of predicting a massive earthquake there, it's already a kind of unlikely place." Topping everything off, it isn't even clear Bendandi's prediction is anything more than an internet rumor. "I can state with absolute certainty that in Raffaele Bendandi's papers, there is no prediction of an earthquake in Rome on 11 May 2011," says Paola Lagorio, the president of the Osservatorio Geoficico Comunale of Faenza, a foundation that honors Benandi. "The date is not there [in the papers], nor is the place." Despite the many holes in this earthquake prediction, many Italians are taking it seriously. It's reported that day-off requests made by public employees are 18% higher on this day than on the same day a year ago. In addition, "in some areas of the city, nearly 50% of the shops [were] closed. On doors are quick handwritten notes: 'Closed for inventory.'" And now that May 11 has come and gone without a rumble, don't think Romans are in the clear: Bendandi also predicted two more catastrophic quakes for May 2012, the very same year the world will not end. Related Content: 80beats: Shifts in Rocks Predict Earthquakes Hours in Advance 80beats: Where in the World Will the Next Big Earthquake Strike? 80beats: Scientist Smackdown: Did a Seismologist Accurately Predict the Italian Quake? Discoblog: Earthquake-Rocked Italian City to Seismologists: “This Is Your Fault.”