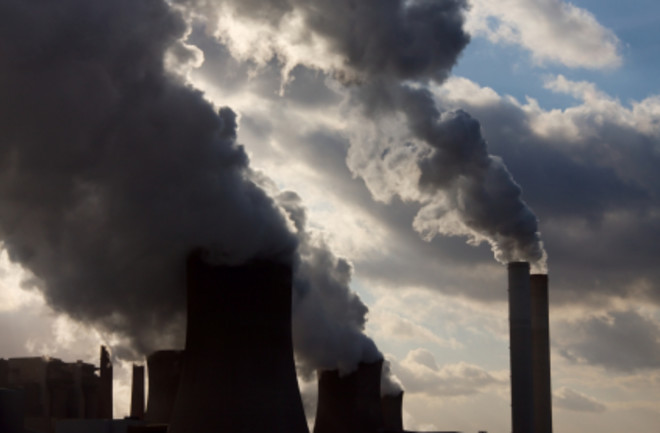 Cap-and-trade is coming to California. The market-based system intended to cut greenhouse gas emissions is the key part of the Golden State's effort, set into law four years ago, to cut its emissions to 1990 levels by 2020. Yesterday the California Air Resources Board finally approved the complex set of rules, which will go into effect in 2012.

Power plants, refineries and other industrial facilities that emit carbon dioxide and can't cut their emissions by the required amount will be able to obtain pollution allowances from the state or buy them from other emitters with excess allowances. [Wall Street Journal]

Cap-and-trade is widespread in Europe, but California

's plan would be the first large-scale, legally mandated version of this idea to get going in the United States.

"We're inventing this," said Mary Nichols, chairwoman of the state's air quality board. "There is still going to be quite a bit of action needed before it becomes operational." She said California is trying to "fill the vacuum created by the failure of Congress to pass any kind of climate or energy legislation for many years now." [USA Today]

Under the plan, about 600 large industrial plants would be subject to the rules and have to buy the pollution allowances. In 2015, the rules expand to include fuel distributors and refineries. However, the rules do allow companies to reduce their emissions reduction burden by buying carbon offsets from projects elsewhere in the state. This particular provision rankled environmental groups like the Sierra Club

, which worry that it will support the practice of clear-cutting forests and then replanting them with single species tree plantations. Those trees might look good on paper when companies do their carbon accounting, but a tree farm is a poor excuse for a forest. Another point of controversy is when industry should start having to pay. As California rolls out the program, it will first give away permits to plants; then, in a few years, it will introduce a system of auctioning off the permits. The state says giving freebies at first will aid industry in adapting to life under the new system, but some, from a pure economics point of view, argue that the best way to cut emissions and have a fair system is to make everybody pay from the get-go.

Many speakers at the public hearing criticized the board's decision to ignore its own economic advisory committee's recommendation to auction those allowances from the start of the program, rather than give them to industry and phase in auctions. "Auctioning provides a sharper price signal," said UC Berkeley economist Michael Hanneman, adding that giving away allowances for free "risks granting windfall profits" to industry. [Los Angeles Times]

80beats: The Cancun Climate Summit Is Over. Did They Agree on Anything?