in between buildings and the soil. Now, scientists are learning that Mother Nature uses a similar technique. A research team has found that a buried layer of mangrove in the Caribbean island of Guadeloupe absorbs earthquake energy, shielding the above ground from soil liquefaction

. This discovery could be exploited to help protect new buildings in the Caribbean islands. How the Heck:

The Future Holds: Scientists need to work out the resonant frequency of quakes, and then engineers can try to design new buildings that will be more resistant to damage. References: Philippe Gueguen, Mickael Langlais, Pierre Foray, Christophe Rousseau, Julie Maury. arXiv:1106.1268v1 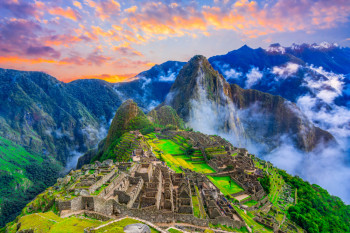 The SciencesPi Day: The History of the Math-Centric Holiday and the Special Number It Celebrates

The SciencesWhat Is Silica Gel and Why Do Packets of It Come With Everything You Buy?
Recommendations From Our Store