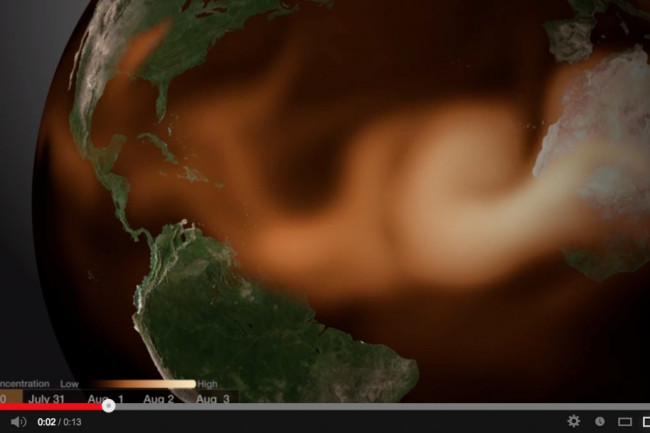 A screenshot of an animation depicting dust streaming from the Sahara into the Atlantic Ocean. Click on the image for the animation. (Animation: NOAA Environmental Visualization Laboratory) Satellites have spied a massive plume of dust blowing off the Sahara out into the Atlantic Ocean. The dry and dusty air could reduce the odds that hurricanes will form during the first week of August. The screenshot above is from an animation showing how the plume is forecast to travel over the next few days. Click on it to see the animation, which was created by scientists at NOAA using an aerosol model. Here is a satellite image of the dust streaming from the Sahara: 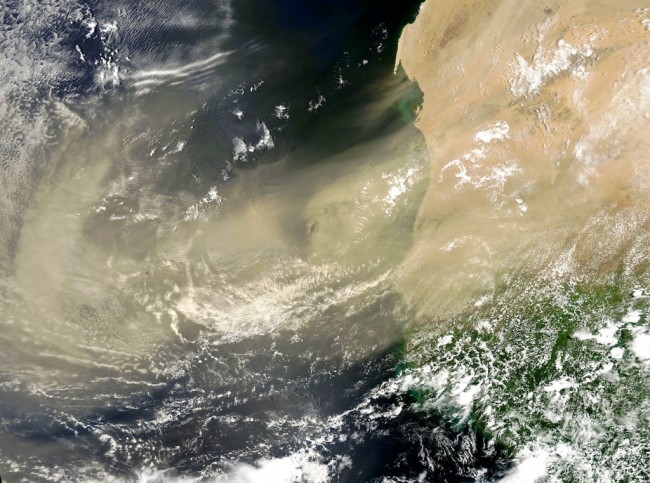 NASA's Aqua satellite captured this image of Saharan dust spreading out over the Atlantic on July 30, 2013. (Image: NASA) Meteorologist Jeff Masters has a detailed post about the impact of Saharan dust on Atlantic hurricanes. He's got more graphics too, so check it out.