Beavers Sign up to Fight Effects of Climate Change

Washington officials think the industrious critters could save more of 650 trillion gallons of water each year, blunting the effects of hot and dry summers. 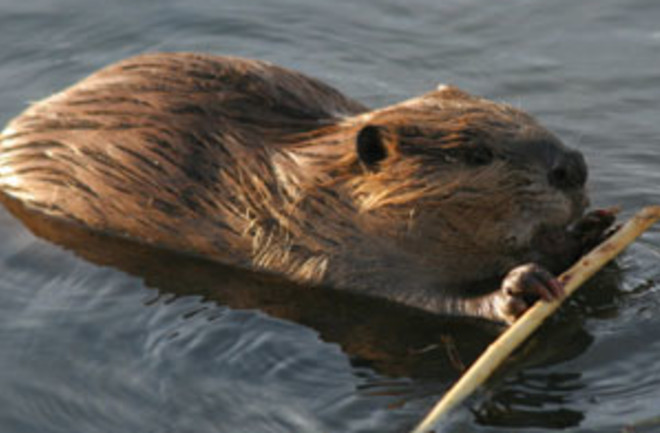 Once hunted for their pelts, beavers are back in demand, not for their bodies but for their minds—specifically, for their engineering skills. As changing climate leaves streams short on water in the summer, researchers are betting that the industrious rodents could provide a natural solution.

Based on a survey of how dams store water, the Lands Council in Washington State predicts that reintroducing beavers to 10,000 miles of suitable habitat in the state could help retain more than 650 trillion gallons of spring runoff, which would slowly be released by the animals’ naturally leaky dams. The council began investigating the beaver option after learning that the state was considering artificial dam projects that might cost billions of dollars. It argues that beavers can do the job at a small fraction of the expense: Restoration, maintenance, and monitoring would cost less than $1 million, the council estimates. This year the group plans to test its water storage predictions with a small-scale reintroduction project that will compare groundwater levels before and after beavers settle into their new homes.

The project builds on research from ecologists Glynnis Hood and Suzanne Bayley of the University of Alberta, who studied records spanning 54 years from Elk Island National Park in Canada. They found that during periods of drought, wetlands held nine times as much water during years when beavers were present than when the animals were absent due to trapping. “Beavers concentrate water into areas where they want it,” Hood says. “They engineer the landscape to their advantage.” Michael Pollock, an ecosystems analyst with the National Marine Fisheries Service, is restoring the animals to Bridge Creek in eastern Oregon, with promising initial results. Since dam support structures were installed in 2008 to help colonies get started, groundwater levels there have begun to increase.