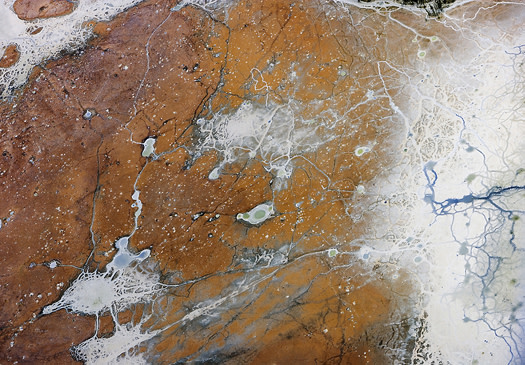 This may look like a abstract expressionist painting, but it's actually both more mundane and more tragic: an aerial photograph of the waste produced by intensive phosphorus mining.

Photographer J. Henry Fair takes aerial shots of phosphorus mines and the environmental havoc they leave behind. Click through the photo gallery for a bird's eye view of the mining process, in all its grim beauty. 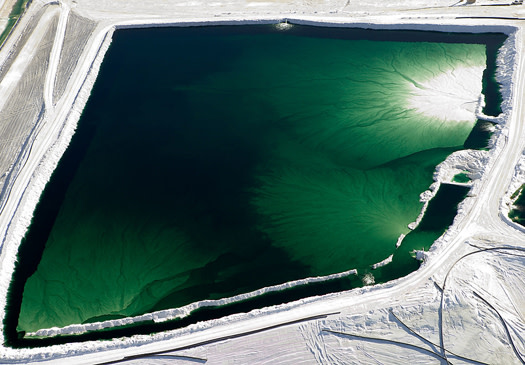 Bizarre and unearthly, these deceptively picturesque structures are found mostly in west central Florida, the unfortunate result of mining phosphorus to make fertilizer.

Phosphorus, one of the key ingredients behind the green revolution of the 20th century, has helped maximize farm yields worldwide. But obtaining raw material for fertilizer is hardly a green process. Miners pull phosphate ore out of the ground, crush it, and throw it into an acid lake, where it separates into white gypsum stacks and a liquid acid that is then processed further to feed crops. 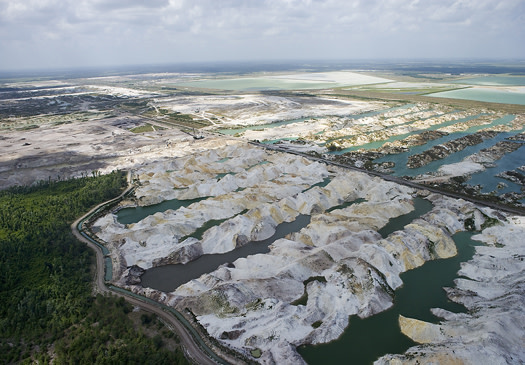 The stadium-size gypstacks are especially abundant on the Bone Valley formation in west central Florida, one of the world's richest sources of phosphorus. 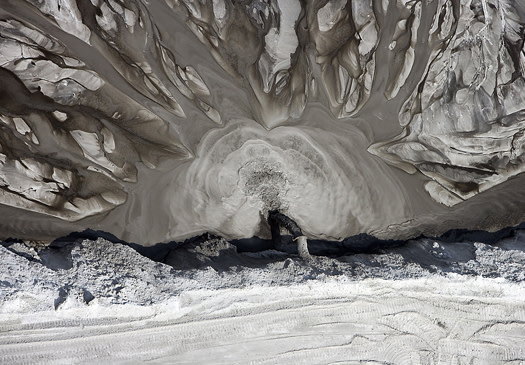 Demand for phosphorus and nitrogen fertilizer is rising steadily as the world grows more crowded. "Over the next 50 years, the human population is predicted to grow from nearly 7 billion to 9 billion," says Abdullah Jaradat, research leader at the soil lab run by the U.S. Department of Agriculture in Morris, Minnesota. "To feed those people, we must double our agricultural output, and that means more nitrogen and phosphorus."

This photograph shows an outlet pipe from a phosphate waste impoundment in Lakeland, Florida; the waste forms a stream that joins the water table. The phosphate mines in central Florida pose an environmental threat to the region. 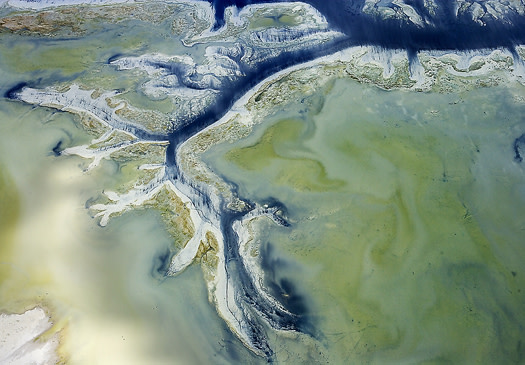 The average crop requires about ten parts nitrogen to one part phosphorus for robust growth; living plants must maintain a delicate balance between the two nutrients to produce at their best. "If that balance is disrupted, we have a problem," Jaradat says.

Phosphorus propels cell mechanisms and is crucial to the structure of DNA and RNA. Nitrogen helps plants produce proteins, including the key molecules that control photosynthesis.

This eerie photo shows liquid wastes mixing in an impoundment pond in one of Florida's phosphate mining areas. 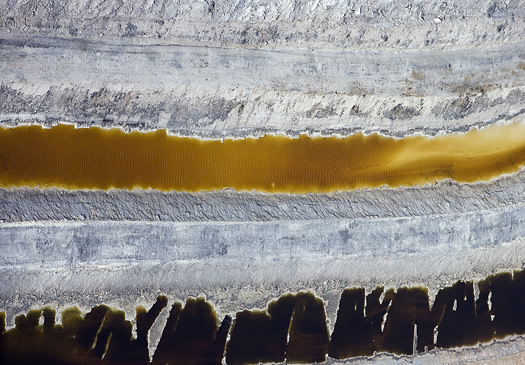 Extensive mining and agriculture in west central Florida have lowered the water table enough to turn springs into sinkholes along the Peace River, which each day loses about 11 million gallons, or 8 percent of its flow, to these underground caverns.

On June 27, 1994, a gaping sinkhole developed in a 400-acre, 220-foot-high gypsum stack containing a liquid impoundment of acid and ammonium. "About 4 million cubic feet of phosphogypsum and an undetermined amount of acidic water disappeared through that shaft into the ground," says Ann Tihansky, a scientist with the U.S. Geological Survey.

The waste liquid in this image is the result of processing raw phosphate with sulphuric acid; it can be both acidic and faintly radioactive due to uranium that is found with phosphate ore. 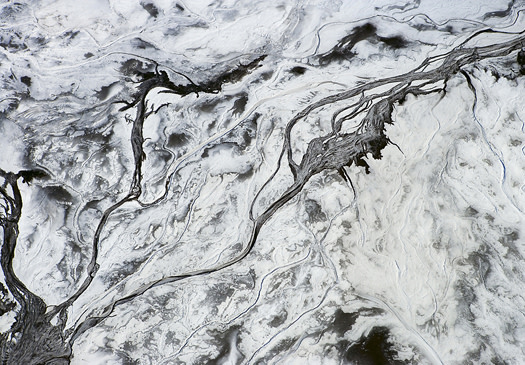 Disposing of gypsum waste is another challenge. Some scientists have proposed using the material as drywall filler or road base, but the EPA says it contains too much naturally occurring radioactivity and so forbids its use.

The Southern Environmental Law Center is suing the state of North Carolina over its approval of an 11,500-acre expansion of phosphate ore mining by PCS Phosphate in wetlands along the Pamlico River. Says staff attorney Geoff Gisler, "Eventually these mines will close down, and we will be dealing with the impacts for years."

This photo shows one area of a holding pond at a Lousiana fertilizer factory. The plant is one of many along an eighty-five-mile stretch of the Mississippi River known as the "chemical corridor." 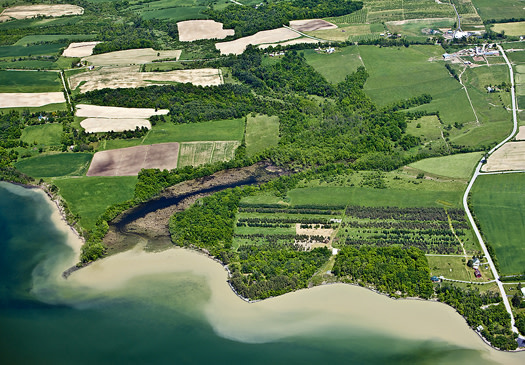 At least the effect of the gypstacks in mining operations is fairly local; the damage caused by farm runoff is far broader. Studies show that only about 30 percent of the nitrogen fertilizers used in agriculture are actually taken up by the crops they are intended to feed. The rest remains in the soil or is carried off in rainwater. Phosphorus runoff creates algal blooms in freshwater lakes and streams. Nitrogen runoff gives rise to grander algal blooms at the mouths of rivers.

The photo shows agricultural runoff in Vermont's Lake Champlain following a heavy rainstorm. But this runoff is nothing compared to the flood of nitrogen that emerges from the mouth of the Mississippi River, where the fertilizer nourishes a colossal green mat of algae. As the algae die and decompose they become food for bacteria, which consume so much dissolved oxygen that resident fish and marine crustaceans cannot survive. A giant dead zone is the tragic result.