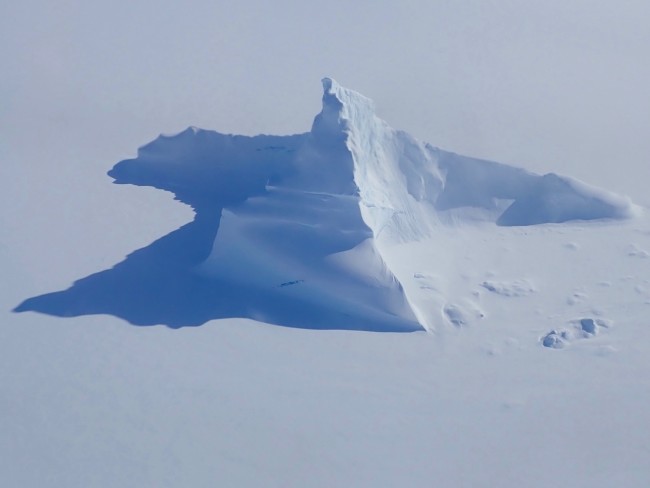 An aerial photograph of an iceberg shaped like the Matterhorn floating in Scoresby Sund along Greenland's eastern coast. The photo was taken during an Operation IceBridge flight on Apr. 21, 2018. (Source: NASA/Joe MacGregor) During my very first visit to the Arctic, the Sun did a lazy 360 above Tromsø, Norway each day. It was summer, and I was simply entranced by the midnight sun. But I wasn't really bitten by the Arctic bug until a visit the next winter. And what really got me was the light. Yes, the Arctic light in winter. Although the Sun doesn't rise for months at a time at that time of year, before it comes back (and also just after it departs) it spends a fair amount of time transiting just below the horizon. And so in January in Tromsø, the magic-hour light of sunrise and sunset lasted for hours, even without the Sun actually rising above the horizon. On snow-covered slopes ooverlooking Tromsø, and in the low, bluish light, the landscape was reduced to a Zen-like essence. The photograph above captures that same feel, I think. It was taken on April 21 of this year from a P-3 Orion aircraft during an overflight of Greenland, part of NASA's Operation IceBridge. 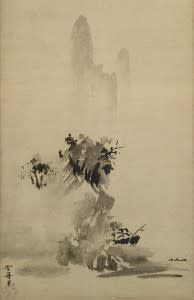 Splashed-ink landscape scroll by Japanese artist Sesshū Tōyō, 1495. (Source: Wikimedia Commons) The light is not quite as soft as what I first experienced in winter atop that mountain in Tromsø. Even so, here too, everything is reduced to a state of ethereal simplicity, akin to Japanese landscape art of the 14th century. Operation IceBridge is NASA’s longest-running airborne mission to monitor how ice in the polar regions is changing as the climate warms. This year’s springtime survey of Arctic sea and land ice began on March 22. It covered the western basin of the Arctic Ocean and Greenland’s fastest-changing glaciers. It concluded on May 2. The surveys are repeated annually so that scientists can monitor regions that have been changing rapidly in recent decades. This year's Arctic campaign included 20 flights lasting about eight hours each. NASA has been posting photographs taken during the flights to Flickr. For this post, I thought I'd offer a selection of photos showing icebergs. 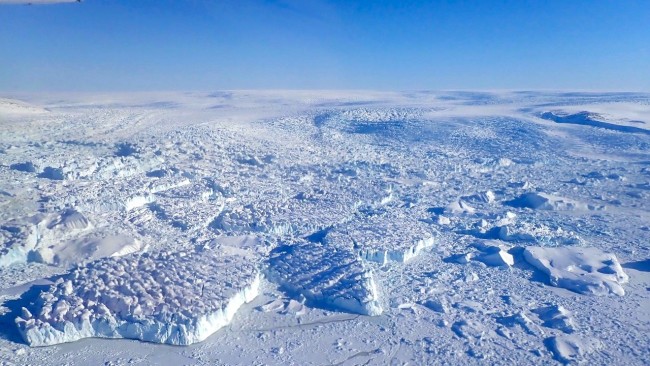 Source: NASA/Joe MacGregor This photo was taken just off east coast of Greenland on April 19, 2018. A jumble of large bergs have broken off glaciers flowing off the Greenland ice sheet, seen in the distance. 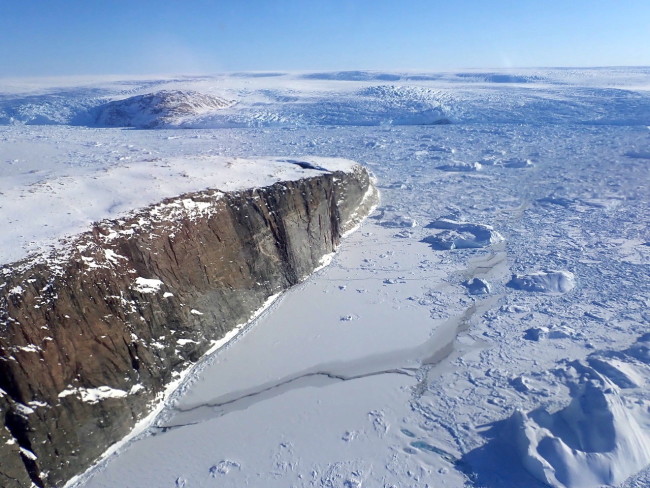 Source: NASA/Joe MacGregor Another jumble of bergs is seen here floating near an island along Greenland's east coast. The photo was taken on April 19, 2018. 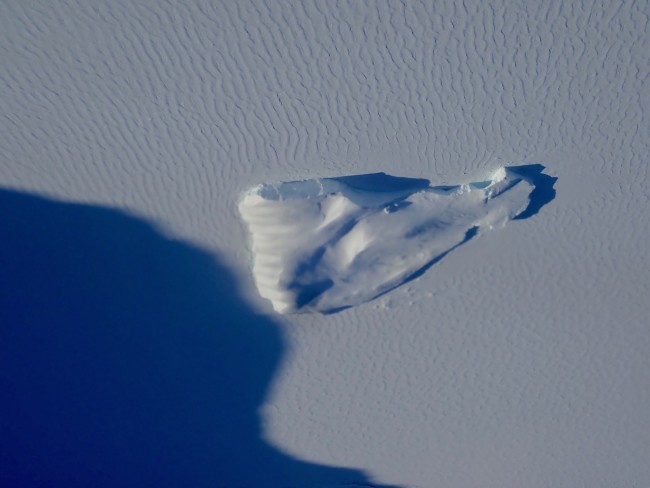 Source: NASA/Joe MacGregor In the low light of springtime in the Arctic, shadows are long. Here, a large shadow (from an unidentified feature) approaches an iceberg, as photographed during an Operation IceBridge flight on Apr. 19, 2018. 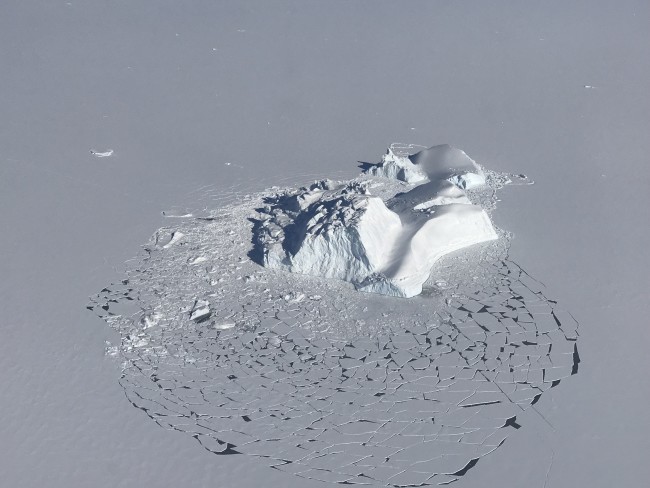 NASA/Linette Boisvert As seen in this photograph, a large iceberg has shattered the surrounding layer of sea ice. Make sure to click on the image and then click again to enlarge it so you can explore fine details. Flat floes of sea ice with fresh snow on top, areas of open water that are beginning to refreeze, and neighboring smaller icebergs, are all visible in the photograph. It was taken on Apr. 21, 2018.

The Zen of Arctic light 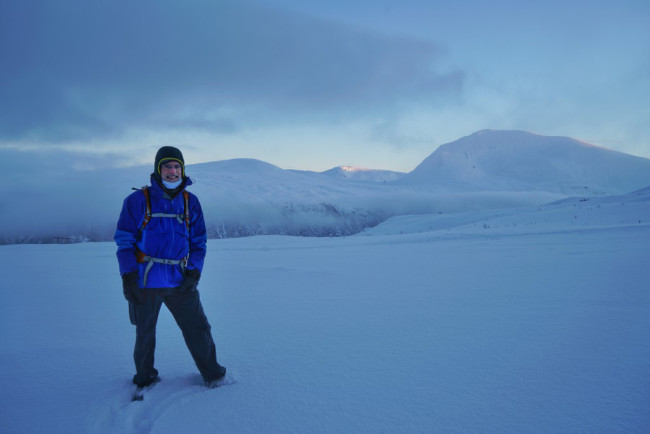 Okay, clearly this is not an aerial photo of an iceberg. That's me on the slopes above Tromsø, Norway this past November. A much taller peak is visible in the distance, with a faint pinkish blush of sunlight on its ridgeline.