Attack of the Yellow Crazy Ants 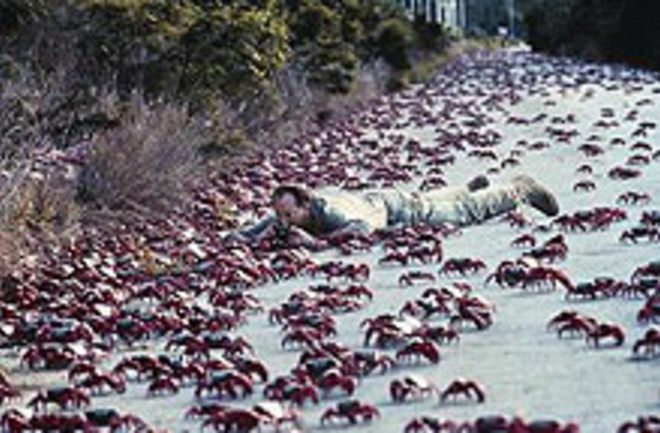 They may be tiny, but yellow crazy ants are turning the ecosystem of Christmas Island, Australia, upside down. Ecologist Dennis O’Dowd of Monash University in Australia is now analyzing how this minuscule creature caused so much havoc, and he is racing to find a way to undo the damage.

Crazy ants from India were accidentally introduced to Christmas Island early last century. For decades the ants spread slowly; then about eight years ago the crazy ant population exploded, for reasons unknown, and the troubles began. Massive swarms of ants decimated the island’s native red land crabs, killing them with formic acid and eating them.

O’Dowd and his colleagues have tried to lessen the damage by dropping bait-laced pesticide from helicopters onto ant colonies. The $1.5 million effort has reduced the crazy ant population, but it is too early to tell whether the web of life will return to normal.

O’Dowd is calling for better shipping quarantines to keep potentially invasive species from crossing borders. Although isolated areas like Christmas Island are particularly vulnerable, his conclusion applies everywhere alien species are taking hold: “Once invaders are in, it can be very difficult, if not impossible, to remove them.”