As Asia Continues to Bake in Record Temperatures, Severe Flooding is Likely to Add Insult to Misery 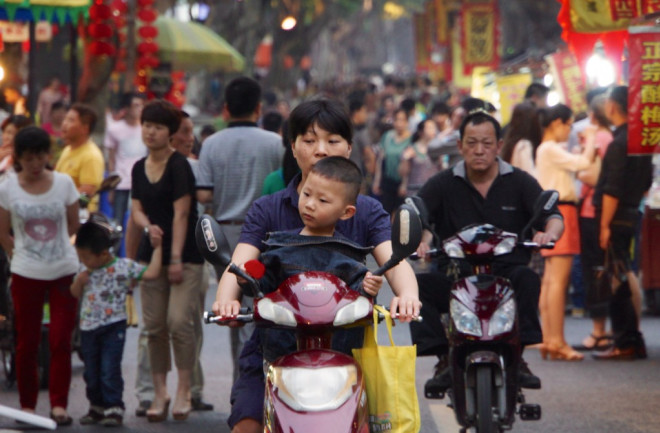 Street scene from Hangzhou, China, May 29, 2013. (Photo: © Tom Yulsman) I shot the photo above in Hangzhou, China in May — during much better times there. Today, the beautiful city southwest of Shanghai is in unimaginable misery, with temperatures soaring above 100 degrees, day after day, and little cooling at night. For twelve days since July 24th, the city has broken or tied its previous record high temperature of 104.5 degrees F (40.3 C), which was set on Aug. 1, 2003. And Hangzhou is by no means alone. A good portion of Asia has been experiencing unprecedented heat, according to Christopher C. Burt, the weather historian for Wunderground.com, who concludes that thousands of people may be perishing as the nation continues to bake:

Virtually every possible heat statistic has been broken for most sites in eastern China (as well as central and southern Japan, and South Korea). I cannot think of any other heat event that has affected so many people for so long (including those that plagued the U.S. in the mid 1930s, Russia in 2010, and Western Europe in August 2003) . . . The dense population of cities like Shanghai, Hangzhou, Ningbo, and Changsha (these three metropolitan areas accounting for 50 million people) and the fact that many if not most have no air-conditioning and are also unofficial immigrants from rural areas (meaning that if they died in the heat wave, their deaths would not be reported as local urban fatalities) leads one to the conclusion that a major catastrophe must be taking place.

Japan is experiencing its own share of misery. Burt reports that yesterday brought the hottest temperature ever record in the country: 105.8°F (41.0°C) in Shimanto. If all that wasn't enough, now Typhoon Utor, after killing two and leaving thousands homeless in The Philippines, is headed for landfall in southeastern China at 4 p.m. local time on Wednesday (4 a.m. EDT). From a post by Jeff Masters, also at Wunderground.com:

Satellite imagery shows that Utor is a large typhoon, and will dump torrential rains capable of causing deadly flash floods and mudslides over much of Southeast China and Northern Vietnam over the next three days; a wide swath of 6+ inches of rain is predicted over a 24-hour period for Southeast China using satellite estimates of the typhoon's current rainfall intensity.

Compared to Asia, conditions have been downright moderate in the United States. But only in comparison:

Source: National Climatic Data Center The graphic above is from the monthly climate report published today by the National Climatic Data Center. Overall, July was the 30th warmest nationally. But that's only part of the story. The Southeast, for example, experienced widespread flooding; meanwhile, 46 percent of the country was still in drought. In the next few days, the NCDC and the Goddard Institute for Space Studies should be coming out with their global climate reports for July. With the heat in Asia, as well as record-setting temperatures in parts of Europe as well, I won't be surprised if July goes down as one of the hottest on record globally.