Common misconceptions about what can be recycled leave some of our goods destined for the trash heap. 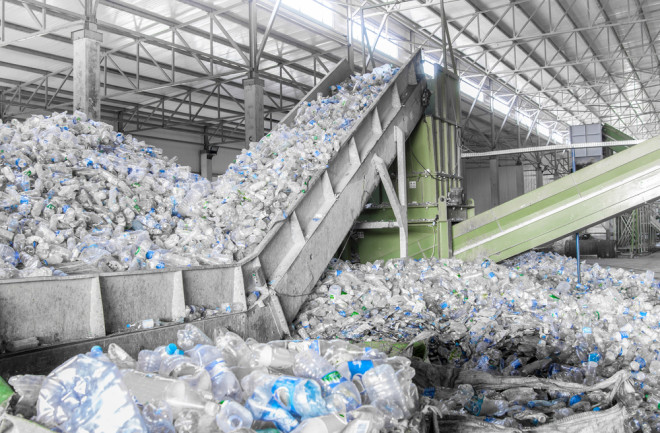 A recycling facility. Not everything we send here actually ends up being recycled, though. Common misconceptions about what can be recycled mean some of this refuse is destined for the trash heap. (Credit: Alba_alioth/Shutterstock)

Engine blocks. Metal chains. Old burgers. And lots and lots of diapers. These are some of the weirdest things that end up at recycling centers across the country all the time. While most of us think we have a handle on recycling, we still end up dumping stuff in those blue bins that should go in the garbage.

Some of this is undoubtedly by accident; it’s unlikely anyone truly meant to recycle their child’s soiled diaper or their half-eaten burger. But other trash that ends up in the recycling stream — like metal chains, engine blocks, or pizza-soaked cardboard — shows we’re not quite as good at recycling as we think.

Throwing the wrong thing into the recycling bin can be a big issue, and it happens all the time. Many people throw things in the recycling bin that they aren’t sure are recyclable, but think should be. The practice is fittingly called “wish-cycling.” And wish-cycled products, like flimsy plastics, belts or pizza oil-soaked cardboard can contaminate an entire bag or truckload of recycled goods, dooming all the otherwise-recyclable items for the landfill.

“We believe customers are well-intentioned,” says Pete Keller, vice president of recycling and sustainability at Republic Services, a solid waste and recycling services company with operations in 41 states and Puerto Rico. “They think they’re doing more by putting more materials in the recycling bin, but … they’re causing more harm than good.”

What items can actually be recycled often comes down to the capabilities of the machines at the recycling plant, says Keller. A metal chain, for example, could technically be made of recyclable material, but the chain will get tangled in the mechanisms, causing major problems, he says. Market demand also plays a role, he says. If there is no demand for the end-result recycled product, no one will pay to recycle it.

So, what should you be recycling? Stick to the basics: rigid plastic bottles, metal and aluminum cans, and glass bottles that are empty, clean and dry, says Keller. You can also recycle paper and cardboard, so long as it hasn’t been soaked in oil or food waste. That said, what kinds of materials the recycling plant can process varies somewhat from plant to plant and place to place, so check your local government website for more details.

And what are some things you shouldn’t be recycling? Here’s a list of nine things that you probably thought were recyclable, but definitely need to go in the garbage.

If you’ve been to a coffee shop lately, you’ve perhaps seen both the trash and recycling bins filled with takeaway coffee containers. No one seems to know exactly what to do with these convenient beverage holders. But the inside of these cups has a thin, plastic film to prevent your latte from dissolving the paper itself. This plastic-paper combination product cannot be recycled, Keller says.

Plastic bags actually are recyclable, but only under the right circumstances. These thin, flimsy plastics should never go in your general household or office recycling bin, Keller says, as they’ll get caught in the machines. Instead, they should go to special takeback programs, which can be found at many large grocery stores.

Paper is a great material for recycling — except when it’s shredded. If you use a professional shredding service, those paper scraps will likely be recycled because the plants can deal with the large bales of scrap paper these services produce. But if you’re doing a little shredding here and there in your home office, best to put those scraps in the trash.

As a good rule of thumb, any plastic smaller than a credit card should go in the trash rather than the recycling bin. These things will end up in the landfill anyway or can jam the sorting equipment during recycling. That means plastic forks, dried up pens, bottle caps and similarly small items.

The holidays are around the corner and, depending on how you celebrate, that could mean lots of disposed gift wrap piling up in the trash and recycling. Gift wrap itself is generally fine to recycle — tape and everything — Keller says. But the ribbons and bows that you put on those wrapped boxes are not, he says. They can get tangled in the machines and cause lots of problems.

Recycling plants receive a lot of batteries, Keller says, but they don’t have the ability to recycle them. Like plastic bags, batteries are recyclable but only if you take them to specialized takeback programs to be disposed of properly. This RecycleNation website can help you find places near your zip code that will take batteries. Some stores, like Best Buy, will take back rechargeable batteries.

The pizza goes in your stomach. The box, unfortunately, goes in the trash. (Credit: Alexey Andr Tkachenko/Shutterstock)

Cardboard is a great material for recycling — except when it’s contaminated with food. Think the pizza grease soaked into the box, or cheese residue from your takeout mac and cheese. Anything like that, and the cardboard has to go in the regular trash.

Soft-sided shipping bags are made of combined materials, like paper envelopes with an aluminum coating or a protective plastic layer on the inside. This kind of flexible packaging is gaining popularity, says Keller, but similar to the coffee cup, the combined materials are near impossible to recycle in most places right now.

You’ve probably eaten out of one of these at your favorite lunchtime takeaway spot. While they feel a little greener than a plastic box, these bowls, made from paper pulp, are often contaminated with food waste and so can’t be recycled. Some have a thin plastic liner to prevent this contamination, but then you have the same problem as coffee cups.