Are We Driving Earth to an Irreversible Tipping Point? 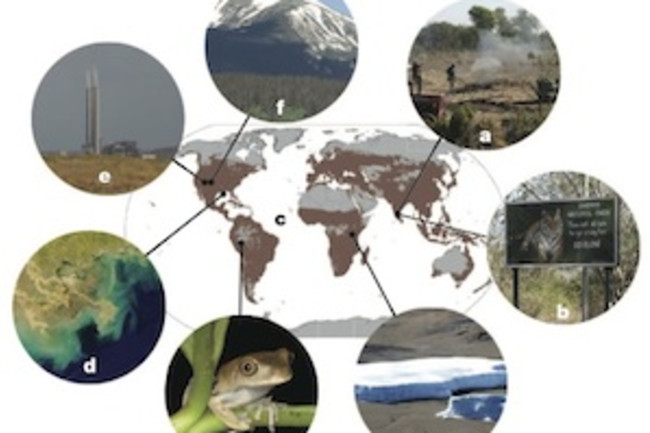 The manmade changes pushing the planet toward a critical transition

Nature changes gradually---until it doesn’t. As the changes in an ecosystem pile up, they can push the system past a “critical threshold,” and then the change can become extremely fast (in relation to geological timescales) and unstoppable. And in a review in the journal Nature

, researchers suggest that the same thing is happening to the whole world: Humans could be driving Earth’s biosphere towards a tipping point beyond which the planet’s ecosystems will collapse abruptly and irreversibly. This global ecosystem collapse has occurred before, most recently about 12,000 years ago with the last transition from a glacial period to the current interglacial (i.e., warm) period, say the review authors. Over the relatively short period of 1,000 years, fluctuations in the Earth’s climate largely killed off about half the large mammal species, along with birds, reptiles, and a few smaller mammal species. The millennium-long shift was triggered by rapid global warming, and once this warming pushed the planet past its tipping point, the end of the 100,000-year-old ice age became inevitable, giving way to the current 11,000-year-old interglacial era. Even as many Americans insist that we aren’t affecting the environment, the paper's authors warn that man-made changes, such as loss of biodiversity, pollution, agriculture, climate change

, and overuse of natural resources, are driving the planet toward another global tipping point. A few of these transformations, such as climate fluctuations and species extinction, also preceded earlier global critical transitions. And when scientists plug these transformations into ecosystem models, they quickly nudge systems past their tipping points. As the human population soars, and hundreds of millions of people in developing world become consumers, our impacts on the planet will also increase

, pushing us toward the tipping point still faster. The researchers want us to try to better forecast when this critical transition will occur, and to prepare for the instability it will cause. “The biological resources we take for granted at present may be subject to rapid and unpredictable transformations within a few human generations,” they write. “Anticipating biological surprises on global as well as local scales, therefore, has become especially crucial to guiding the future of the global ecosystem and human societies.” To steer the future away from a tipping point, they urge us to halt the human activities that are bringing it closer. In their words,

This will require reducing world population growth and per-capita resource use; rapidly increasing the proportion of the world’s energy budget that is supplied by sources other than fossil fuels while also becoming more efficient in using fossil fuels when they provide the only option; increasing the efficiency of existing means of food production and distribution instead of converting new areas or relying on wild species to feed people; and enhancing efforts to manage as reservoirs of biodiversity and ecosystem services, both in the terrestrial and marine realms, the parts of Earth’s surface that are not already dominated by humans. These are admittedly huge tasks, but are vital if the goal of science and society is to steer the biosphere towards conditions we desire, rather than those that are thrust upon us unwittingly.