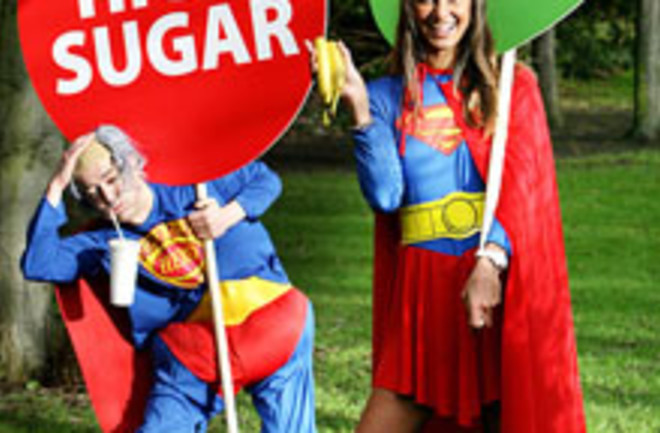 In an effort to encourage its citizens to purchase "greener" food products, Sweden has announced that it allow companies to tack labels onto vegetables, dairy, and fish products if the greenhouse gas emissions produced by the foods have been reduced by at least 25 percent. For example, if a milk producer uses manure instead of chemical-based fertilizers, he'll receive a "climate-certified" tag to put on his milk. Unfortunately, while the intentions may be good here, the reality is a bit more complex. Simply slapping a label on something based on a single factor does not mean it is green. New Scientists reports:

"The only thing we're guaranteeing is that improvements have been made," says Anna Richert, an adviser to the Federation of Swedish Farmers (LRF), and head of the team developing the criteria for labeling products. "This could mean reductions in emissions of anything from 5 to 80 per cent." Danielle Nierenberg of Worldwatch Institute, a Washington DC based think tank, says that there is still a shortage of firm figures for emissions produced when growing, processing, shipping, and selling most foods. "Because we don't have a lot of good scientific data, I think there's a risk that companies will claim things they can't back up, and greenwash products that might not be climate friendly," she says.

Putting labels on green foods might up their sale, but with no scientific way of calculating if a product is climate friendly, these labels will just add noise to the already-crowded label system we have for foods. Remember when consumers ran for anything labeled "fat free"? Even if foods are labeled correctly, consumers often don't know how to read them, and the misinformation they spread is rampant. As Forbes reported:

One of [The Center for Science in The Public Interest’s] current targets is Kraft, for claiming that such products as Crystal Light Immunity Berry Pomegranate will help maintain a healthy immune system because it contains vitamins A, C and E. While disease prevention claims on food labels require Food and Drug Administration approval before a product can hit the shelves, food companies don't need permission to make claims describing the role of a nutrient intended to affect bodily structure or function.

Even bottled water labels can be a gyp. These labels often tout words like "pure"—but in reality, bottled water is less regulated than tap water, and has been recalled due to contamination by chemicals such as arsenic, bromate, and bacteria. Add all this to the fact that if food is grown close to you, it doesn't mean it has a lower carbon footprint than something grown overseas. The New Yorker pointed out that the idea of food miles as being greener is particularly misleading. There are many factors that produce an environmental burden including "water use, cultivation and harvesting methods, quantity and type of fertilizer, even they type of fuel used to make the package." So what’s the answer for consumers? Take Michael Pollan’s advice: "Eat food. Not too much. Mostly plants." Translation: Any food that needs a label probably shouldn’t be eaten anyway. Related Content: DISCOVER: Our Magazine’s Carbon Footprint