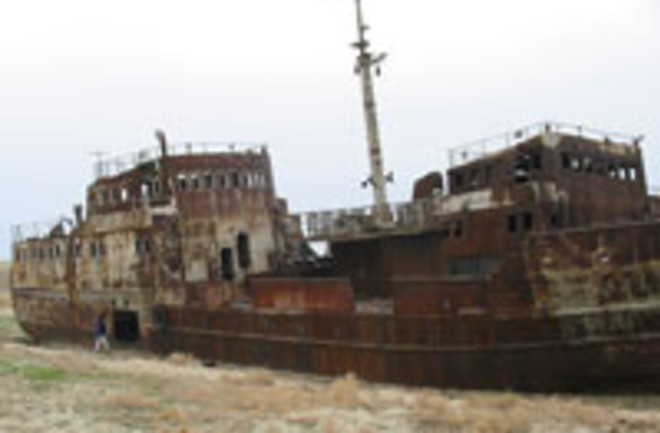 Back in the early 1990s I remember stories about the incredible reduction in size and volume of the Aral Sea. With the collapse of the Soviet Union the environmental disasters caused by state "planning" were exposed for all to see, and the command system of the USSR was as good at managing environmental resources as it was any other resource. But it fell off my radar until I saw this piece in ScienceDaily, Declining Aral Sea: Satellite Images Highlight Dramatic Retreat. It's rather mind-blogging that in 20 years a sea could disappear, but I guess its just a matter of basic water debits & credits. The Great Salt Lake is after all just a remnant of Lake Bonneville. Below a "before & after" satellite photo of the Aral Sea.