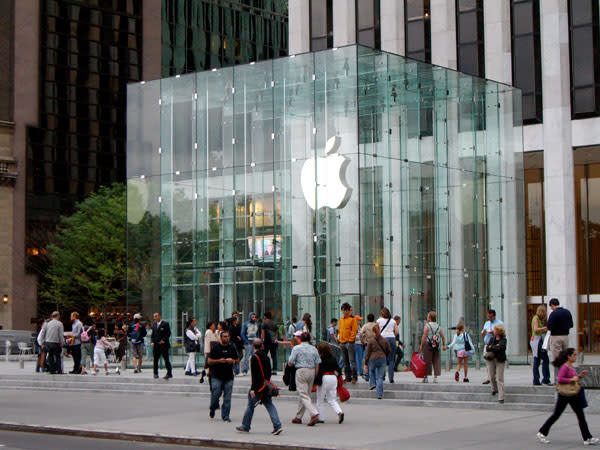 It's corporate earnings season, and yesterday Apple reported another stunning quarter--although iPad sales were a bit lower than expected, and shares declined after hours nevertheless. But who cares: Apple shares have careened to over $ 300 in value in recent months, and there are just under a billion of them out there. What that means is that as of now, Apple (AAPL) is flirting with being a company worth over $ 300 billion. And what's more, some analysts suggest there is still quite a lot of upside. This shouldn't only be of interest to investors. It's of far broader political and cultural significance. You see, Apple is currently the second most valuable private company in the world--second, that is, to Exxon Mobil (XOM), which is currently worth about $ 338 billion.

There couldn't be a more stark contrast between the new economy and the old than the comparison of these two companies--a sleek tech giant versus a dirty fossil energy monster.

The political significance of Apple surpassing Exxon in value--if it happens--will be huge. It's not just about value, but values. These two industries are vastly different, as are the people who work in them. We're talking about the difference between the economies of Texas and California. We're talking about the core divide over Prop 23 in California, where Texas oil companies like Valero are trying to come in from outside and defeat the state's pathbreaking clean energy and climate law. The folks at tech giants like Microsoft, Google, Apple--by and large, they get clean energy. They get climate change. Just listen to Bill Gates talk sometime, outline his view of the world. Check out Google's green initiatives. Or take the example of Apple CEO Steve Jobs' wife Lauren Powell Jobs, a big supporter of the campaign to defeat Prop 23. Or go read the new book Fortunes of Change: The Rise of the Liberal Rich and the Remaking of America, by David Callahan. The liberal rich, and the tech geniuses in particular, know that there is another vast fortune to be made out there--and it's not in computers, gadgets, or searches. No: It's in founding the industry leader of the coming clean energy world. Right now, the biggest company in solar, Tempe, AZ-based First Solar (FSLR), is worth about $ 12 billion. We don't know who the Exxon--or the Apple--of this growing industry is going to be--and given how the US has lagged of late, it may well be a company located in Europe or China. But there will surely be one or a few major winners. And as that happens, politics and our society will change in close pace with these companies' growth. Overgrown subsidies for the fossil fuel industry? Those will be harder to defend in the face of the clout--political and cultural--wielded by the Apple of solar or wind. Political policies that disadvantage clean energy, by letting carbon emitters do business without paying for the cost of what they're doing to the environment? Picture what the Apple of solar or wind would have to say about that. And picture how politicians--maybe even Republicans--would listen.