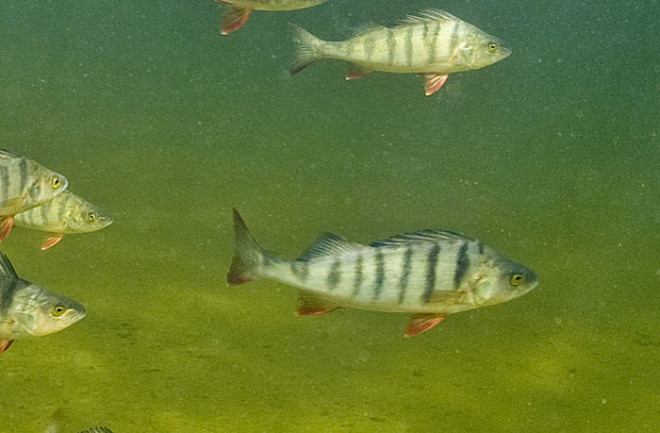 Shoaling perch. Image courtesy of Bent Christensen. “Must be something in the water” isn’t just a line from the opening minutes of a horror movie. New evidence confirms fears that animals’ behavior can be altered by medication inadvertently introduced into their habitats via our sewage systems. In a study published today Swedish researchers report that fish given Oxazepam, an anxiety-moderating drug for humans, became less social and more aggressive. Researchers administered the drug to wild perch in the lab in amounts equivalent to levels found in local rivers and streams. The dosed fish showed a number of behavioral changes, notably in their willingness to leave familiar and “safe” surroundings in favor of exposed, potentially dangerous areas. The fish treated with the drug also distanced themselves from other perch. These antisocial fish ate faster than normal, which, in the wild, could disrupt the established food chain. Accumulated concentrations of the drug in the muscle tissue of the fish were comparable to the levels found in fish living in the wild, suggesting these drug-induced behavioral changes may already be impacting ecosystems. Researchers involved in the study, released in the February 15 issue of the journal Science, stressed the need to develop treatment plants that could filter out Oxazepam and other drugs found in sewage, which are currently released back into water systems.