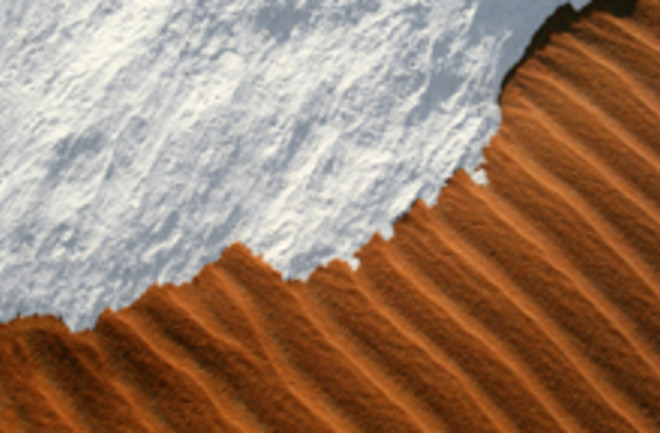 Do penguins like salsa? As the continents have made their slow drift around the world, the landmasses have intermingled in all sorts of ways, and occasionally formed supercontinents like Pangaea and Gondwanaland. Now, University of Minnesota Duluth geologist John Goodge says that in a supercontinent called Rodinia, which sat near the Equator 800 million years ago, Antarctica and Arizona used to be neighbors. According to Science News, experts have argued over what bordered Laurentia—the geologic name for the large landmass that contained most of what is now North America—during the time the continents were clustered in Rodinia. Australia, Siberia and China were all candidates. So Goodge tested the presence of different chemical isotopes, trying to get a match. And he did—to Eastern Antarctica. Granite found there matches the chemical composition of granite from the American Southwest, he says, and the Transantarctic Mountains contain the same sediments as Laurentian samples he's studied. The Antarctica-America connection may have been short-lived; Rodinia broke apart about 750 million years ago. No word yet whether the split was amicable. Image: iStockphoto