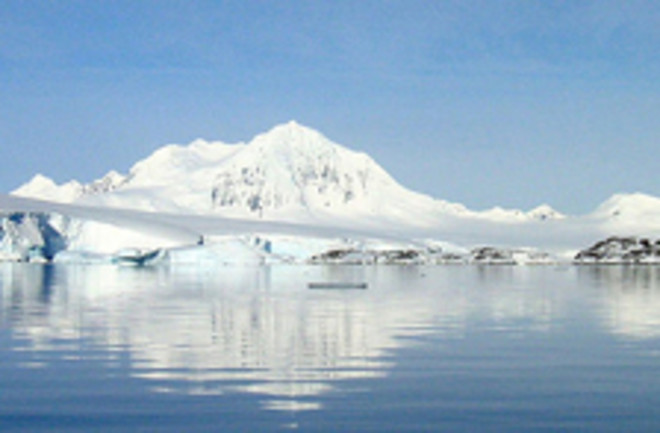 Scientists have suggested for years now that the effects of a warming planet won't show up in a uniform fashion across the globe—different locations won't see glaciers retreat or sea levels rise at the same rate. Some places are particularly confusing because they show signs that seem backward to one's expectations for a hotter Earth. One of the those confusing outliers for climatologists has been the sea ice off Antarctica. While the amount of sea ice in the Arctic has been trending downward, Antarctic sea ice has actually expanded even as the area has warmed (and as ice shelves collapsed on the continent). This week, in the Proceedings of the National Academy of Sciences, Jiping Liu and Judith Curry put forth an explanation for this paradox. But, they say, the ice growth probably won't continue. Liu and Curry looked through 60 years of temperature and precipitation readings to find an explanation for the increase of sea ice in the warming world, and showed that precipitation increased over Antarctica from 1950 to the the present.

The finding makes intuitive sense: Rising temperatures increase the amount of moisture in the air, which eventually becomes snow. And for the last few decades, that snow kept surface waters from warming even more, added bulk to sea ice, and reflected sunlight [Wired.com].

In addition, the extra fresh water that fell as precipitation would have lowered the salinity of the surface water, the scientists say, and that would have slowed the rate of ice melt:

The ice growth, though, may not have staying power. Liu and Curry expect precipitation to continue to increase over Antarctica's edge in the near-term future, but they expect that precipitation to turn from snow to rain. If that happens, the trend with Antarctic sea ice would reverse as rainfall would begin to melt the sea ice. Losing sea ice feeds into a feedback circle: With less surface ice to reflect away the sun's rays, the ocean warms even more. Not all climatologists are convinced by the details of Liu and Curry's explanation, with some asking whether they factored in the influence of the ozone hole; others, like Doug Martinson

, wonder how possible it is to model the fine details of the Antarctic climate system. What is clear, though, is that we shouldn't be surprised that sea ice near the north pole and the south pole act differently.

The Arctic and the Antarctic are very hard to compare, Martinson said, which is why work like that Liu and Curry are undertaking is important. "They are apples and oranges," Martinson said. "They are dramatically different systems." In one case, there is an icy ocean surrounded by land. In the other, there is an icy continent surrounded by icy water [Discovery News].

80beats: An Iceberg the Size of Luxembourg Breaks Free from Antarctica

80beats: Antarctica Was an Oasis for Life During "Great Dying" 250 Million Years Ago