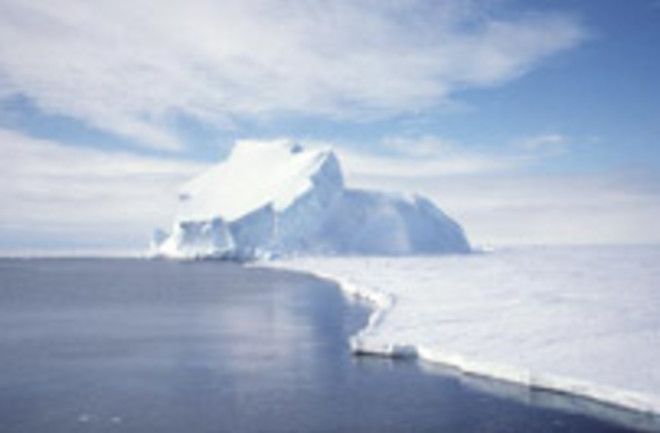 The collapse of an ice sheet in West Antarctica would not only threaten coastal areas of North America and nations in the southern Indian Ocean, but would also cause a shift in the earth’s rotation axis, researchers report in Science. If the entire West Antarctic Ice Sheet (WAIS) collapses and melts, as some scientists feel is likely due to global warming, the earth’s rotation would shift an approximate 500 meters from its current position. Rather than cause a uniform rise in sea level, this would result in a 30 percent greater increase in certain areas—about 21 feet for Washington, D.C., for example, compared with the uniform 16 to 17 feet already predicted. The researchers say the melting would change the balance of the globe in much the same way that tsunamis move huge amounts of water from one area to another [ABC News]. Because the gravitational pull of an ice sheet on the ocean is reduced when it melts, water then moves away from it. The net effect is that the sea level actually falls within 2,000 km of a melting ice sheet, and rises progressively further away from it. If the West Antarctic Ice Sheet collapses, sea level will fall close to the Antarctic and will rise much more than the expected estimate in the northern hemisphere because of this gravitational effect [Science Daily]. In addition the sheer weight of ice is forcing down the land underneath it and having an impact on the Earth’s spin. When the ice is removed up bounces the land and the Earth moves [Nature]. No need to panic about drowning next week, however. It's a time scale of hundreds of years [Reuters], said Jerry X. Mitrovica, one of the authors of the study. If you really want a preview, digital animation is available to see what potential scenarios of changes in sea level would look like. Related Content: 80beats: Antarctica Is Definitely Feeling the Heat From Global Warming 80beats: Emperor Penguins May Be Marching to Extinction by 2100Image: Ben Holt Sr. / NASA

More From Discover
Planet Earth
How Does Climate Change Affect Biodiversity?
Environment
No End in Sight for Megadrought Crisis as States Fail to Agree on Use of Colorado River Water
Environment
The Arctic is Warming Faster Than Previously Thought
The Sciences
Shipwrecks And Lost Cities Come To The Surface In Lake Mead
The Sciences
Dry Lightning Causes Most Destructive California Wildfires
Environment
This Common 'Super Plant’ Could Inspire Drought-Resistant Crops
Recommendations From Our Store
My Science ShopDiscover STEM Kits
My Science ShopDiscover 2022 Calendar
My Science ShopStrange Science
My Science ShopElements Flashcards
Shop Now
Stay Curious
Join
Our List