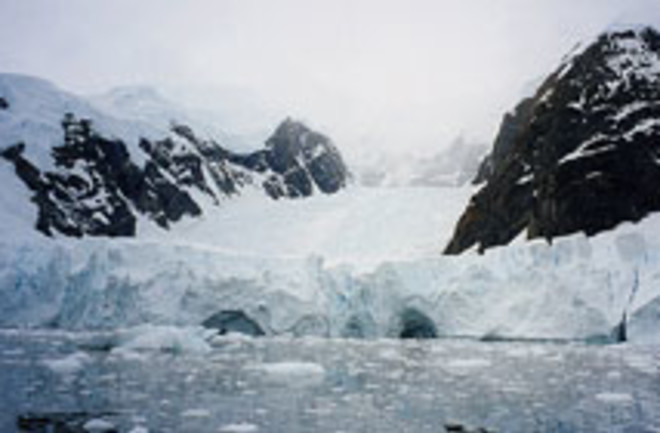 Thirty-five years after the United States banned the pesticide DDT because it was toxic to both humans and the environment, the chemical is still polluting the Antarctic thanks to global warming. Antarctica's Adelie penguins have shown traces of DDT since scientists started tracking the data in the 1970s. But alarmingly, the DDT concentration has remained about the same, even as the world has cut its DDT use by 80 to 90 percent since the 1960s. Although DDT persists in the environment—as famously documented in Rachel Carson's Silent Spring—its presence should decrease over time unless a new source is leaching DDT into the ecosystem, according to a study led by Heidi Geisz at the College of William and Mary. And Geisz's team thinks they've figured out what the new source is: Glaciers. Geisz says that DDT first travels to the Antarctic attached to airborne particles and then falls with snow. In other conditions, traces of the chemical would have gone straight into the food web, with krill eating plankton that have absorbed DDT and penguins then eating the krill. But DDT-carrying snow that falls onto a glacier will instead freeze and become absorbed into the glacier. Now, as global warming melts Antarctica's coastal ice sheets, the water carries with it DDT that had been deposited in long-ago snowstorms and trapped inside the glacier, possibly for decades. In their study, Geisz and her team say that DDT was found 6 meters below the surface of the Antarctic Peninsula in 1975, and she estimates that there could be up to 3.6 metric tons of DDT stored in the Antarctic ice sheet. With global warming worsening, the scientists say, between 1 and 4 kg of DDT will enter the Antarctic ecosystem every year. The Adelies and other creatures will be exposed to high concentrations of DDT, which has been shown to cause thin eggshells in birds. Sorry, penguins: The bad news just keeps on coming.