Following this discussion thread at the CFI/Point of Inquiry forums, I've decided to announce my show's guest a week early from now on, and call for audience questions for him/her. I'll take a sampling from those questions that appear on the forums, and ask them on the air. 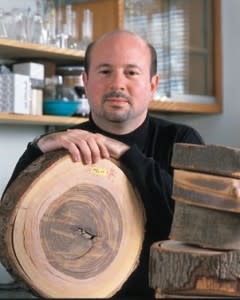 The guest for Friday is going to be Penn State University climatologist Michael Mann, and we'll be talking about the unprecedented wave of recent attacks on climate research--and climate scientists. So I am sure there will be many, many questions that folks will come up with. Don't leave them in comments here--although comments are open. Leave them on this CFI forum thread if you want me to consider them. (Note that I believe you'll be required to register over there.)

Michael E. Mann is Director of the Earth System Science Center at Penn State, and author of the famous "hockey stick" study, as well as dozens of other peer reviewed papers. He's also a contributor to RealClimate.org, and is the author, with Lee R. Kump, of Dire Predictions: Understanding Global Warming: 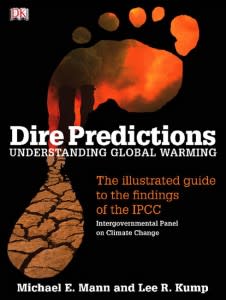 So any questions for Michael Mann? If so, leave them here--and they may just make their way into the interview!

Also, compose your questions sooner rather than later, as we'll be recording fairly early on this week.....