If you're unfamiliar with that last reference, I refer you to my recent Slatepiece:

In the past several years, scores of people living near wind farms have claimed to have been sickened by noise from the rotating blades. They have complained of everything from headaches and depression to conjunctivitis and nosebleeds. Is "wind turbine syndrome" real? Is it just another imaginary illness stoked by loons on the Internet? Are the victims a bunch of fakers?

Read the piece (if you haven't already) to learn what's behind wind turbine syndrome. Meanwhile, my tweet prompted someone to share a hilarious graphic he drew. 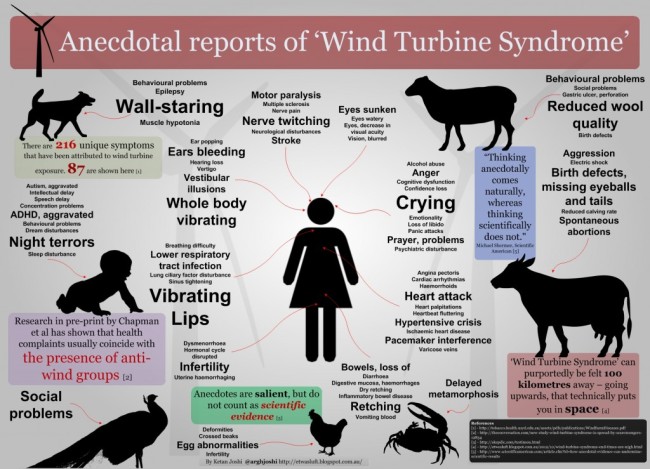 It's by Ketan Joshi, who works for a renewable energy ( solar & wind) company in Australia. As he openly says on his blog:

I have a vested interest in supporting wind energy - so check my facts, check my sources, and call me out on something, if I'm wrong.

I'm pretty sure he's got this wind turbine thing figured out.