An Edible Race Car? New Formula 3 Car Made Out of Vegetables 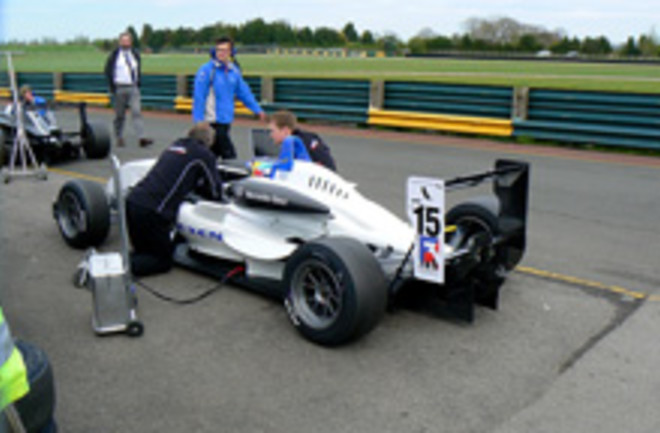 A Formula 3 car that's compost-able? Probably not completely, but if it's made from potatoes and soybean foam, it must be pretty close! The ecoF3, developed in Britain, has a steering wheel made from carrots, outer bodywork made from potatoes, and an interior seat made from soybeans. The biodiesel engine runs on chocolate extracts and vegetable oil, and plant-based lubricants grease the car's moving parts. The car will not be permitted to compete in championships since the fuel prevents it from meeting regulations, but its developer says it would deliver the same performance as a more conventional race car—and probably be more fun to watch! (Especially if any loose parts fall off along the way—carrot sticks on the racetrack?) Related Content: Discoblog: The Secret to Renewable Energy May Be Rotting in Your Trash Can