When I was a teenager, my mom lived in Amherst, Massachusetts, and my dad lived in New York City. I was a Northeast Corridor kid; I'd get on the Vermonter at the one-room 19th-century train station in downtown Amherst, or the impersonal post-apocalyptic one in nearby Springfield, and emerge into Penn Station with my most "urban" outfit on, hoping to pass. 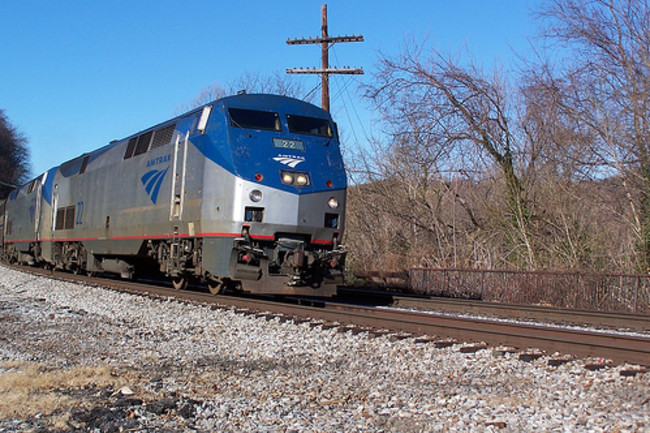 The bummer of it was, it took at least five hours, and often more than six. By car, it was three and a half. The train showed up late, or it got stuck in New Haven for an hour switching power sources, or it had to slow down between Palmer and Windsor Locks because of track repairs. The sandwiches were sub-Quizno's muck. There were a lot of empty seats. Now Amtrak—the Northeast corridor in particular—is blowing up. Gas prices, blah blah blah. Congress is considering more than $30 million in new funding. As crappy as our national financial situation might be we should do it; this is our chance to become more of a rail society, in which trains run on time and the food isn't bilge. This may be a pipe dream for now—Amtrak estimates it needs a billion dollars for track and bridge repairs alone—but if we could pull it off in a few years we'd be doing ourselves a favor foreign-oil-consumtion wise by getting cars off the road. I've got the new slogan, by the way, congress. Amtrak: Not Just for Children of Divorce Anymore.