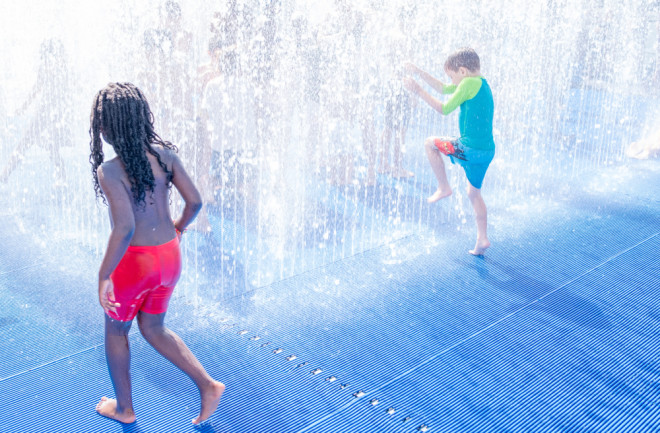 Kids cool themselves off during a heat wave in London. Much of Europe has seen abnormally high temperatures this summer. (Credit: michelmond/shutterstock) From California to Switzerland and south to Australia, a global rash of heat waves have scorched our planet in recent weeks, exacerbating drought and wildfires. So, you may want to pour yourself a cold glass of water before you read this. New long term forecasts suggest the next four years will be unusually warm with higher chances of extreme temps, according to research published Tuesday in Nature Communications. The study, authored by a pair of European climate scientists, uses statistics — rather than a traditional approach with intensive modeling — to predict global air and sea surface temperatures. Their technique searches through past climate simulations looking for analogs of current and future climate conditions. Because of this relative simplicity, they can make their forecasts on laptops instead of supercomputers. The scientists say they tested the method by successfully hindcasting recent swings in temperature. And, if their forecasts for the next few years are accurate, Earth is headed for abnormally high temps — warmer even than those predicted under human caused climate change alone. The model only looks at global averages, so it can’t make any regional predictions just yet. However, the researchers say they’re now working to adapt their model to predict coming drought and precipitation trends.