#93: A Green City Rises in the Desert 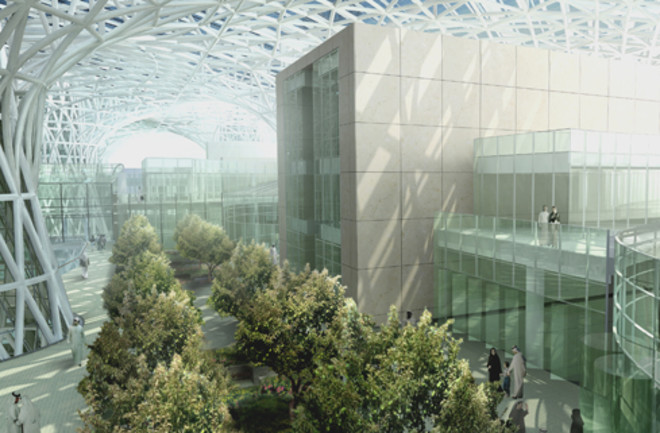 In September residents began moving into Masdar City, a 2.7-square-mile experiment in ultragreen living taking shape in the desert outside Abu Dhabi. The $20 billion city aims to be the world’s most sustainable: a community of 40,000 residents and 50,000 commuters that is completely carbon-neutral. Masdar has already lost some sparkle, though. Designers scrapped plans to produce the city’s renewable-only energy supply on-site. A fleet of self-driving cars zooming through underground tunnels is planned, but for now there will just be street-level electric vehicles. Still, the city will serve as a test lab for technologies that could be deployed less dramatically, but more meaningfully, in conventional cities.