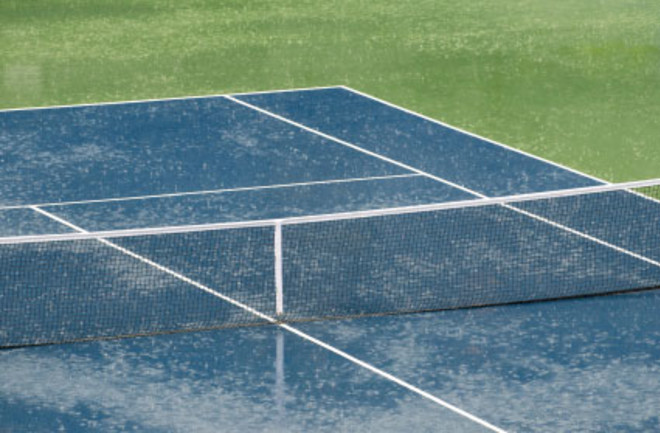 When the Nobel Prize-winning Intergovernmental Panel on Climate Change released a report last November predicting more extreme weather, the organizers of collegiate and professional sports were already one step ahead of the news. A spate of record-setting weather catastrophes in 2011 had forced an unusual number of game delays and cancellations, presenting the sporting world with an ultimatum long familiar to the insurance industry: Adapt or hemorrhage profits.

Record amounts of rain in the Northeast helped boost the number of rainouts in Major League Baseball to 51, or 20 more than the average for the past five years. Notre Dame football evacuated 80,000 people for the first time in the team’s 124 years due to lightning last September. And following hurricane Irene, U.S. Open players complained that the courts were slow. Tennis officials blamed “adverse weather.”

In turn, venue managers are taking action. “We’re working on defining the amount of rain, lightning distance, and wind speed that should trigger evacuations,” says Harold Hansen, director of life safety and security for the International Association of Venue Managers. “Finally, facilities are writing plans.”