7 Visions of Our Hot, Awful Future

A bounty of 2010 books predict the future in a globally warmed world. Among the forecasts: boom town Detroit, abandoned Miami, an Arctic black gold rush, and a weirdly strong dried fruit market. 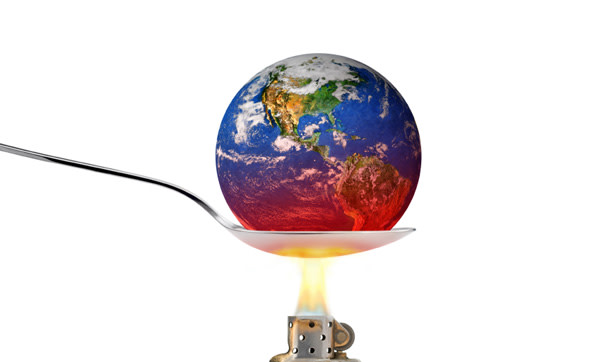 It wasn't so long ago that some hope lingered around global warming--a dedicated international effort could still turn things around and prevent catastrophic change. But have we now crossed the threshold? Last year in A World Without Ice, Henry Pollack put it simply: "Change is underway and is certain to continue, because of inertia in both the climate system and the global industrial economy; it is impossible to simply pull the plug and stop these systems in their tracks." Global warming is going to happen, and perhaps disastrously so.

And the zeitgeist has turned towards resignation, if 2010's books--with their gloomy covers featuring melting ice and submerged skyscrapers--are any indication. We've assembled their predictions, so you know what to expect from our hot future. 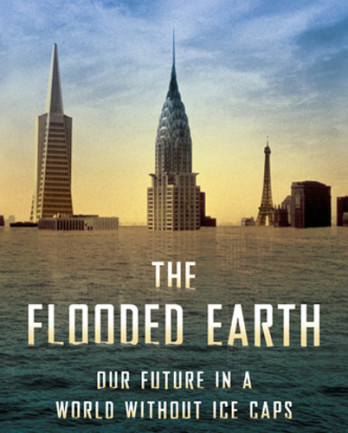 It's the year 2120 in Peter Ward's opening thought experiment. Atmospheric CO2 measures 800 parts per million (more than double the current level), and things aren't looking so good in Florida. The oceans have risen by 10 feet with the collapse of Greenland's glaciers, and Miami's freshwater and sewage systems have to be abandoned. The encroaching seawater ruined the Everglades by killing freshwater plants, and it wrecked agriculture by making the soil too salty. The federal government is running out of money trying to save the country from climate change, and when Americans vote on what cities to save, they don't choose Miami. The party's over. 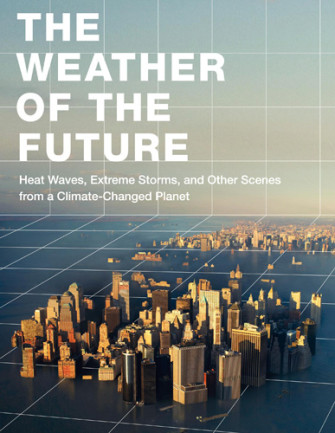 The Weather of the Future, by Heidi Cullen

Can the Big Apple, a city of islands (and DISCOVER's home), be spared from rising seas and fiercer storms? As we covered earlier this year, there's plenty to do to save New York from encroaching waters. Some architects see a circle of marshland around Manhattan to keep the waves at bay, bringing back mollusks to create natural reefs, or raising buildings off the ground to keep them from flooding. But none of this will be cheap. In Peter Ward's thought experiment that saw Miami's doom, "the fight for New York alone had necessitated cuts to national defense to the point that that United States had completely withdrawn from its foreign bases, defaulted on its Social Security obligations, and abandoned its short-lived national health care system."

In her book, Heidi Cullen explains that there are more mundane annoyances on the way. She quotes Columbia University energy expert Steve Hammer: "For New York, climate change means blackouts." Plain and simple, more extreme heat means more AC running non-stop, and the city's power system won't be able to keep up. The water supply will be stressed as less precipitation will fall as snow on the Catskills, meaning less meltwater to flow to the city's taps.

Cullen's imagined future for NYC, though, is not a prognostication of doom. A near miss with a giant hurricane in 2013 scares the bejesus out of New Yorkers, who get serious about erecting proper defenses so that major storms don't create disastrous flooding throughout the city. Forecasting with a realistic eye, Cullen says the project is way late and over budget (so perhaps there truly won't be any money left for Miami). But by mid-century the storm barriers stand ready. 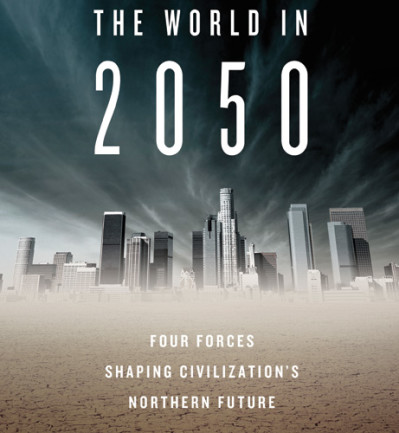 I hope you like hockey (presuming there's any ice left to play it on). The future, writes UCLA professor Laurence C. Smith, belongs to those places that will be temperate and pleasant in 40 years' time--places like Canada and Sweden. Smith's magic number is 45: Forty-five degrees latitude, that is, a line halfway between the equator and North Pole that cuts a line through northern U.S. states like Oregon, Wisconsin, and New York. It continues around the globe running across France, Romania, southern Russia, northern China, and Japan. Smith argues that the land north of this invisible line stands to prosper in the new manmade climate. So yes, buy your vineyard grounds in British Columbia and that now-cheap Detroit real estate.

But can countries like Canada, Russia, and Sweden--owner of vast tracts of land but comparatively few humans to occupy it--accommodate the flood of climate refugees from roasting southern cities? Smith argues that they can, but that the movement of people will reshape the map. Here's one oddly specific prediction: "I imagine the High Arctic, in particular, will be rather like Nevada--a landscape nearly empty but filled with fast-growing towns fueled by a narrow range of industries." 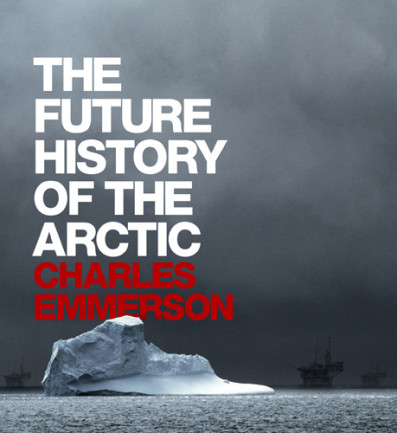 The Future History of the Arctic, by Charles Emmerson

Viewed through certain eyes, the diminishing ice cover at the top of the world is not a harbinger of destruction but an open door to commerce. The Northwest Passage is coming, at last. The Arctic is loaded with resources, and today as the ice recedes and open water stretches further, energy developers are licking their lips at the chance to get at all that hydrocarbon booty buried beneath frigid seas. The fight to come is: Who has the rights to what?

Writes Charles Emmerson: "If there is a scramble for the Arctic, it is a scramble in slow motion." That's because going after Arctic energy resources requires not just waiting for the waters to become passable, but also negotiating the fact that "different legal regimes apply to the land, the sea, and the seabed." It might be easiest to negotiate a new treaty to govern the newly open Arctic, but Emmerson doubts this will happen. If for no other reason, he writes, the pool of Arctic nations would be inviting other nations to join the deliberations if they did so. It looks like the future of the Arctic will be legal mess, but it will be a legal mess sorted out by Canada, the United States, Russia, Norway, and Denmark (owner of Greenland) while the rest of the world watches from the sidelines. 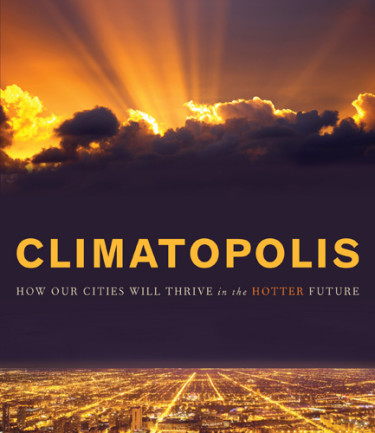 We are an adaptive species. Unlike the birds and butterflies, Matthew Kahn writes, we humans can adapt to whatever new world comes our way. An optimist in a pessimistic group, he focuses the upside of a disaster. For one thing, the Rust Belt could receive an overdue makeover. Given the steady declines of Cleveland, Buffalo, and Detroit, it sounds like a joke today to imagine them vibrant again. However, Kahn points to the revitalizations of Boston and New York City after the dreadful 1970s. If global warming makes the Sun Belt too sunny and unlivable, perhaps what was old will become new again. Foresight, he says, will be the key. People who buy Detroit property today for next-to-nothing will look good if the city booms again. "Climate change will create big profit opportunities for insurance companies that are nimble enough to accurately price the real-time risk that policy owners (such as homeowners) face in different locations," he writes.

His oddly specific prediction: We're all going to eat dried fruit in the future. Kahn reasons that growers will want to hold inventory to deal with market fluctuations brought on by climate-related agricultural disasters, and dried fruit keeps. 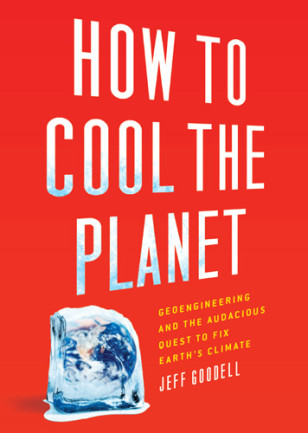 Britain's Royal Society is celebrating its 350th anniversary this year, and even such an august scientific organization is no longer putting its stock in humanity's ability to curtail its CO2 emissions in time to prevent disaster. Last year the society complied a full report on plan B schemes--ways to tinker with the planet on a grand scale to save us from ourselves. Ideas to hack the Earth are now mainstream, as seen in the mass market books by Jeff Goodell and Eli Kintisch that hit the now-familiar plans: seeding the sea with iron to encourage the growth of carbon-sequestering plankton, seeding the clouds with aerosols to reflect away more sunlight, seeding space with giant mirrors to cut the amount of solar energy that reaches our little blue marble.

"The rising interest in geoengineering is driven less by mad scientists than by spineless politicians," Goodell writes. He, like the scientists at the Royal Society, would prefer that we address our carbon emissions proactively and many years down the road look back at the idea of sci-fi scale planet tampering as sheer madness. But, we probably won't. We, most likely, will wait until the last minute and then splurge to save ourselves. However, he writes, geoengineering isn't a quick fix. It buys us some time, but we'll still have to live with the world we've created.

Now, if only our newly ruined planet had a name... 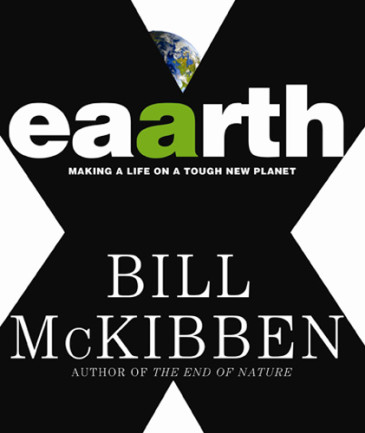 "Eaarth" with a double "a." That's Bill McKibben's moniker for the home that future generations will inherit. A rather cheesy linguistic device, but we get the point: Humans, right now, are in the process of creating a world so different than the one our species grew up with that it might as well be another planet. "We may, with commitment and luck, yet be able to maintain a planet that will sustain some kind of civilization," he writes, "but it won't be the same planet, and hence it can't be the same civilization. The earth that we knew--the only earth that we ever knew--is gone."

What is the nature of double-A Earth? The ice will be thinner, the storms meaner, the ocean more acidic. People will be hungrier. In McKibben's eyes, survival on this altered planet will mean letting go of some cherished notions--especially unrestrained economic growth. Life will become more community-based and less centralized, and perhaps more traditional again. "I'd keep the juice flowing to the Internet even if I had to turn off everything else," he says. But still, the world may stop feeling smaller every day, and start feeling bigger. 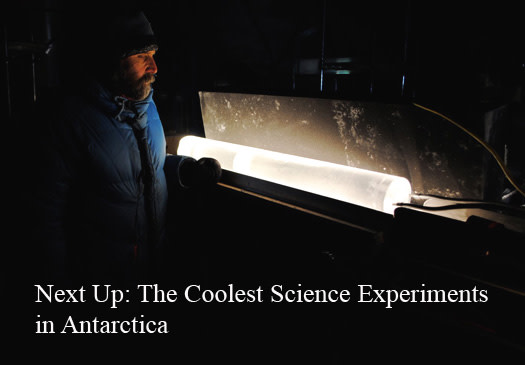