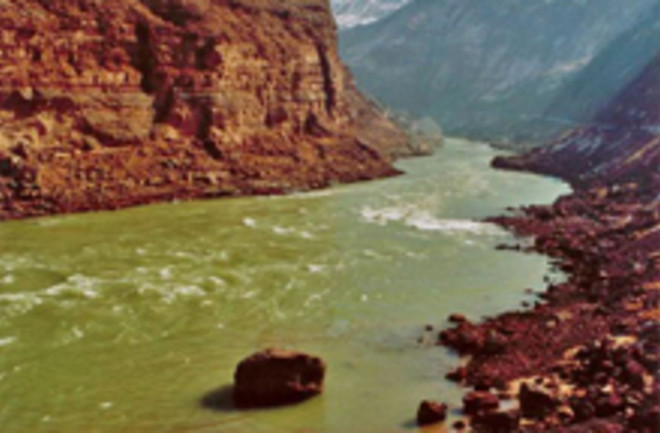 Last week, while the world gearing up to ring in a new year, China was quietly reeling from a new pollution scare. A pipeline operated by the China National Petroleum Corporation (CNPC)—the country’s number one oil producer—ruptured and spilled 40,000 gallons of diesel in the northern part of the country.

The spill occurred in the Wei River, a tributary of the Yellow River–which is the source of fresh water for millions of Chinese.Over the weekend, workers threw 17 floating dams across the Wei to block the toxic diesel and save the Yellow River. But scientists discovered diesel traces in a reservoir behind a dam in Sanmenxia, a city about 100 kilometers (62 miles) downstream from the point where the Wei meets the Yellow River, an official in the Henan provincial environmental protection bureau said on Monday [Wall Street Journal].

CNPC claimed the spill wasn’t its fault. The company blamed the spill on a construction company building a project near the underground pipeline that transported diesel from northwestern China’s Gansu to central Hunan province [AFP]. Chinese government officials have been typically tight-lipped with details, but BBC News reports that officials have warned the people of three counties in the Shaanxi province not to drink river water.

While workers scramble to protect the Yellow River, the 3,400-mile-long waterway already is in bad shape. Chinese research last year found that at least one-third of the Yellow River was unfit for even industrial use. The accident mirrors a 2005 explosion that released 100 tons of toxic benzene into the Songhua river in northeastern China, tainting the water supply for several million residents of the city of Harbin [TIME]. That incident also sparked tensions with Russia, where the Songhua eventually flows.