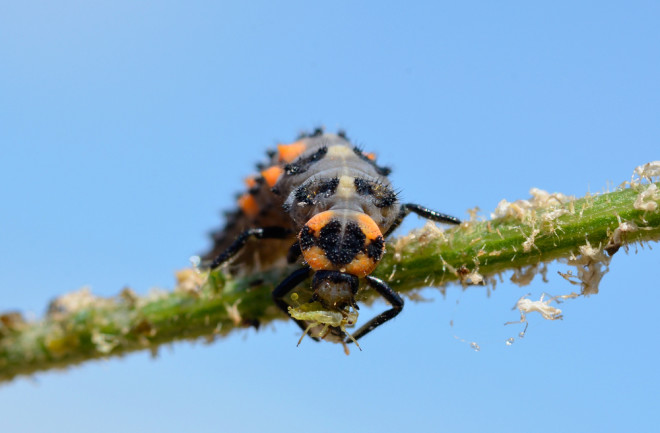 Environmentalists who are skeptical about genetically modified crops should think again, judging from a study published last June. Researchers reported in the journal Nature that transgenic cotton bred to resist pests increases biodiversity by reducing the amount of insecticide sprayed on fields.

The scientists tracked cotton plots in China from 1990 to 2010 as farmers switched from conventional seeds, which require insecticide spraying as many as 15 times a year, to a transgenic variety that produces a protein toxic to crop-ravaging insects like the cotton bollworm. Today so-called Bt cotton is planted on nearly 60 million acres in China, making up more than 95 percent of the country's total crop. The result: "With the Bt cotton, chemical use decreased 60 percent," says Kongming Wu, an entomologist with the Chinese Academy of Agricultural Sciences.

Wu and his colleagues determined that reduced spraying resulted in less collateral damage to other insect species, particularly beneficial predators like spiders, ladybugs, and lacewings. That heartier population of predators in turn feasted on harmful pests that are unaffected by insecticides, such as the cotton aphid. Such natural pest control occurred not only in the plots of Bt cotton but also in neighboring fields of conventional corn and soy.

The findings also provide a cautionary lesson, though. Chinese farms are small on average, Wu notes, and farmers typically plant conventional crops next to their Bt cotton. "That way, insects can use corn as a natural refuge so they don’t evolve resistance to Bt," he says. But the commercial farms that predominate in the United States tend to plant large plots of a single crop. Without accessible refuges, Wu warns, that practice could lead to the emergence of Bt-resistant super-pests.