20 Things You Didn't Know About... the North Pole

For starters, which one? There are four North Poles 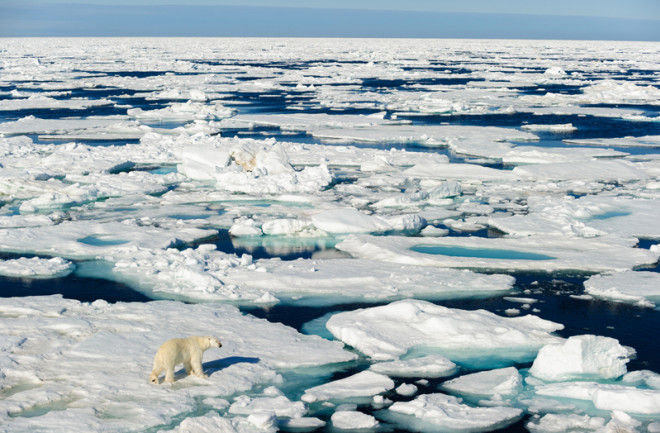 1. There are four North Poles. The terrestrial North Pole is a fixed geographic point that’s diametrically opposed to the terrestrial South Pole on our planet’s axis of rotation; it’s the top of the spinning top that’s Earth.

2. The North Dip Pole is the spot where the geomagnetic field is perpendicular to the Earth’s surface, “dipping” to meet the big, rotating ellipsoid that is our planet.

3. The North Dip Pole isn’t stationary. Just in the last century, it has migrated northward from a point in Canada at about 71 degrees latitude to its current position, about 85 degrees north, in the Arctic Ocean.

4. There’s a South Dip Pole, too, but the North Dip Pole doesn’t have to be antipodal, or diametrically opposed, to it. Right now they’re off by more than 20 degrees latitude.

Explorer Frederick Cook (above, in a studio portrait circa 1911) claimed to be first to the North Pole. The Granger Collection, NYC

5. When your compass points north, it’s pointing to the North Dip Pole, which is also called the magnetic North Pole.

6. The geomagnetic North Pole is a different thing altogether. It’s calculated using mathematical models based on an imaginary line running through the geomagnetic center of Earth.

7. Over the past century, the geomagnetic North Pole has migrated from Greenland to Canada.

9. Auroras are cool, but if you want to have some real fun, position yourself at the magnetic North Pole with a compass. If you hold the compass horizontal, the needle will do one of three things: point to the same spot as the last time you used it, spin slowly before stopping at a random point or point to anything magnetic that you happen to be wearing.

10. We promised a fourth North Pole. That would be North Pole, Alaska, incorporated in 1953. The Fairbanks suburb is hundreds of miles south of the other three North Poles.

11. While the Alaskans who live in North Pole don’t live near any of the real North Poles, a globe-hopping do-gooder beloved by many does. We’re talking, of course, of pulp fiction hero Doc Savage, Man of Bronze. Since 1933, the scientist with superpowers has starred in a long line of comics, magazines, paperbacks, radio series and even a 1975 B-movie. Savage’s Arctic retreat, the Fortress of Solitude, is said to be near the terrestrial North Pole.

12. Apparently, Savage has a time-share thing going on at the fortress with Superman, who also relaxes there (Jerry Siegel and Joe Shuster, Superman’s creators, were big fans of the doctor and borrowed a bio detail or two).

13. Staking out a different kind of property claim, a Russian submarine planted that nation’s flag at the bottom of the Arctic Ocean, at the terrestrial North Pole, in 2007.

14. The Russians may have planted a flag, but American submariners got there first: The USS Nautilus did a polar drive-by in 1958.

15. Robert E. Peary beat the Nautilus by nearly half a century. His team made what he claimed was the first recorded trip to the terrestrial North Pole in 1909 by dog sled.

16. But physician and Arctic explorer Frederick Cook said he reached the pole in April 1908. Subsequent research has cast doubt on both claims, but Peary had the better PR machine and is generally considered the guy who (probably) got there first.

17. When he arrived, Peary made the bold decree that he’d “formally taken possession of the entire region, and adjacent,” for the United States. It didn’t stick. A century later, what country owns which piece of the Arctic is still a contentious issue.

18. This new cold war is all about trade and resources: According to a 2008 study by the U.S. Geologic Survey, the Arctic has 20 percent of the planet’s undiscovered and recoverable oil and natural gas deposits.

19. Most of the oil and gas deposits are likely within 200-nautical-mile exclusive economic zones belonging to countries with Arctic coasts. Analysts believe the seabed at the actual terrestrial North Pole — located some 2.5 miles beneath the waves — is probably bereft of resources.

20. The North Pole’s future is cloudy. No, really. In August, NASA launched ARISE, a program to measure how cloud cover may be accelerating sea ice melt around the pole.