Electricity may be what fuels our future—electricity from renewables, nuclear, and even from burning biomass. 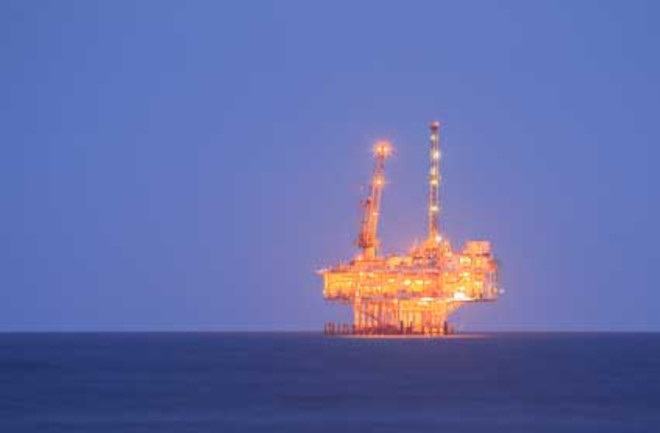 Nine billion gallons of corn ethanol were produced in the United States in 2008, twice as much as in 2006. By the end of the year, though, dreams of a sustainable, domestically produced fuel that could help end our addiction to oil had deflated. The puncturing reasons came from all directions. Corn ethanol, aided by a generous subsidy from the federal government, has had the lead in alternative fuels, but recent studies reveal that it is much more costly, both economically and environmentally, than people had thought. Sharply rising grain prices underscored ethanol’s impact on household budgets and the global food supply. And then oil prices tumbled, making ethanol significantly less competitive in the energy marketplace.

Transportation fuel accounts for 28 percent of the country’s energy use. With oil reserves headed inexorably for depletion, shortages and more wild price swings (like last summer’s $147-a-barrel spike) very likely loom ahead. The vexing question—surely one of the greatest scientific and technological challenges of our time—is what will take petroleum’s place.

There are other biofuels, but they have drawbacks too. The first U.S. facility for converting algae into fuel is expected to open soon in Rio Hondo, Texas, but it will take decades to achieve significant production. Cellulosic ethanol can be derived from inedible crops like switchgrass, but the technology is still largely confined to the laboratory. And many types of biofuel require vast amounts of land, leaving less acreage available for food crops.

If biofuels aren’t the answer, what is? Surprisingly, the thing that replaces oil might not be a liquid fuel. It might not, strictly speaking, be a fuel at all. Nor is it some exotic source you have never heard of.

It is electricity. And it is already making its way into an auto dealership near you.

Troubles With Ethanol The U.S. Energy Independence and Security Act of 2007 [pdf] set a target to produce 9 billion gallons of biofuel in 2008. Forecasters predict the past year’s American corn harvest will come in at 12 billion bushels. Meeting the biofuel mandate required 4 billion of those bushels: One-third of the harvest was dedicated to creating corn ethanol, which makes up just 4.5 percent of our gasoline supply.

Land-based biofuels also pose serious environmental threats. “The reason we think biofuels can reduce global warming is because we assume the feed crop will take carbon out of the air,” says Tim Searchinger of Princeton, the lead author of a report on biofuels’ environmental impact in a February issue of Science [subscription required]. “That’s true. But we’re forgetting something: The land was already removing carbon.” He found that over 30 years, corn-based ethanol would actually increase emissions by nearly 100 percent, because farmers exploit previously unfarmed land to grow corn for ethanol.

In November researchers at the University of Texas at Austin found that producing corn ethanol consumes 28 gallons of water per mile traveled, whereas conventional petroleum uses 0.15 gallon. “In order to grow enough corn, we’ve been pushing to the fringes, into land that needs extensive irrigating,” says Otto Doering, professor of agricultural economics at Purdue University. “The question is, how much longer can we support that push?”

The collapse in corn prices in the latter half of 2008 should cool plans to drastically increase production. With corn trading at $3.50 a bushel, just half its June high, farmers will have less incentive to invest in expensive irrigation equipment and crop expansion.

Unpromising Options Where does that leave us? The push for biofuels will continue because we have already made a commitment to ethanol. The 2007 Energy Act mandates that biofuel production increase over the next 14 years, culminating in 36 billion gallons in 2022.

“If this were a pure science issue, I think we’d be done with ethanol by now,” says Robert Rapier, a former chemical engineer at ConocoPhillips and the current director of engineering at AccSys Technology. “We’ve created an infrastructure and a cycle that’s very hard to beat.”

Yet there is another way to displace oil, one that is attracting interest from academics and industry alike. In July a report from MIT, On the Road in 2035, found that if a market for lightweight hybrid and plug-in hybrid electric vehicles were developed, the United States could cut its gas consumption by 68 billion gallons—about half our current fuel use—within 27 years.

Return of the Electric Car The new electric cars reflect huge advances in concept and technology. A plug-in hybrid electric vehicle (PHEV) utilizes both electric and combustion motors, circumventing the limited storage capacity of even the latest, much improved batteries. The forthcoming Chevrolet Volt is expected to run 40 miles purely on electricity. Beyond that range, its combustion engine will kick in, powering a generator for its onboard battery. If used for short trips and recharged regularly at a household outlet, it would use no gasoline at all.

Hybrid vehicles, which do not plug in but also use both gas and electric engines, are bringing the technology mainstream. Last year Toyota sold more than 180,000 of its hybrid Prius, and the company is reportedly working on a PHEV version of the car. Meanwhile, just about every automaker is working on a new generation of electric vehicles, including both hybrids and cars that operate entirely on electricity stored in batteries.

Much depends on how quickly electric vehicles infiltrate the market and whether consumers will recharge them during off-peak hours. According to a 2008 study from Oak Ridge National Laboratory, the existing grid could support 50 million new PHEV vehicles, assuming that drivers plug in during off-peak hours and allow their batteries to charge at a modest 120-volt/15-amp rate. (In this projection, 50 million light-duty PHEVs would constitute a 25 percent market share by 2030.) However, if the same number of vehicles were all charging at 5 p.m. on a beefier, 240-volt/30-amp circuit, the grid would need 160 additional gigawatts of capacity, requiring the construction of 160 new power plants. “The biggest challenge won’t be building the infrastructure; it will be changing consumer habits and expectations,” says Stan Hadley, coauthor of the report.

End of the Road for Liquid Fuels? Something still has to generate all those gigawatts, of course. In the United States that something is often coal: 49 percent of the nation’s electricity is derived from it. Renewables, including wind, solar, and hydro, currently account for barely 8.5 percent.

Nonetheless, “electricity opens up so many other sources,” Hadley says. “Nukes, renewables, natural gas; anything that makes power is fair game.”

In fact, Searchinger says that the biomass currently tapped for biofuels would be put to better use making electricity. “The process of converting biomass into liquid fuel uses half of the energy in the feedstock. It’s far more efficient to burn the biomass for electricity and then use the electricity in cars.” That is in part because you waste less making the electricity and also because electric engines convert as much as 75 percent of available energy into forward motion, compared with the 20 percent energy conversion rate of gasoline engines.

Better still would be electricity from a new generation of emissions-free solar photovoltaic panels. In March the U.S. Department of Energy’s National Renewable Energy Laboratory demonstrated a thin-film solar photovoltaic cell that is 19.9 percent efficient, two-thirds better than the industry average of 12 percent. Wind power, too, is a promising clean resource. A 2008 U.S. Department of Energy report projects that 20 percent of the nation’s electrical demand can be supplied by wind power by 2030.

For now, the benefits of a plug-in and all-electric vehicle fleet reside largely in the realm of theory. But with the Chevrolet Volt scheduled for a 2010 introduction, the PHEV Prius reportedly slated to debut at about the same time, and Nissan’s announcement in May that it will bring a vehicle powered entirely by electricity to the U.S. commercial market in 2010, theory may soon give way to a new motoring reality. “Electrifying the transport sector is a game changer,” says Dave Cole, chairman of the Center for Automotive Research. “We’re not talking about 10 or 15 percent gains in efficiency; we’re talking about exponential gains,” equivalent to—in the Volt’s case—about 100 miles per gallon.

If the past year has taught us anything, it is to be wary of outsize claims. But we have also learned that we have the technology to reshape the transportation landscape—and that is a lesson that could resonate for decades to come.