Just Two Slime Molds Having a Chat in a Petri Dish 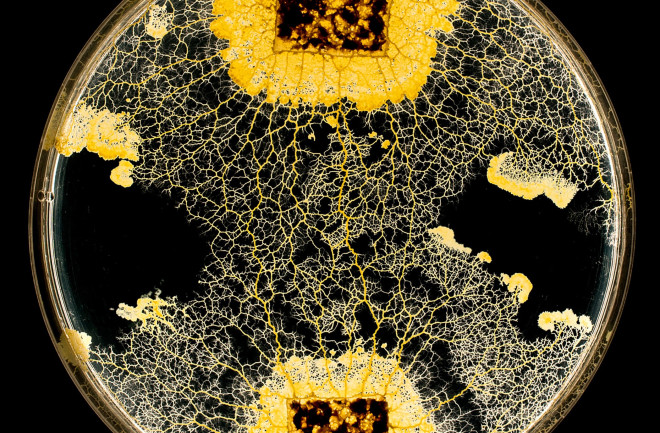 No, it’s not a Rorschach inkblot: This image captures two single-celled organisms having a chat. Individual members of Physarum polycephalum, which in nature clump together by the thousands to form a slime mold, can share information about their environment via veinlike networks. While researchers have long known that the collective slime molds can learn to avoid irritants, such as salt, they didn’t know how. But a recent study showed that a single P. polycephalum will actually absorb some of a potentially problematic substance and hang onto it like a souvenir — and use its venous networks to warn other cells to steer clear.