New Maggot Juice May Save Your Life 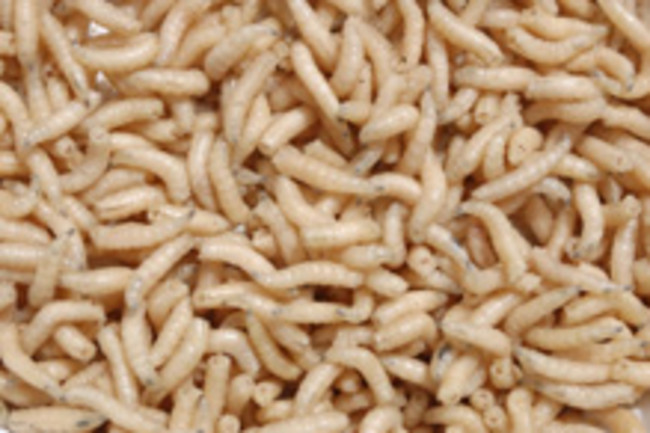 Larva therapy, a method used to clean out wounds for centuries, is making a comeback in modern medicine. In the latest development, researchers claim they have purified an antibiotic from maggot secretions that kills many strains of methicillin-resistant Staphylococcus aureus (MRSA), as well as other bacteria. This new maggot juice may someday give patients all the benefits of the larva’s antibacterial properties, without the ick-factor of using actual larvae on a wound. When some species of fly larvae are applied directly to wounds, they munch away on dead tissue, leaving healthy tissue intact. But keeping the maggots in a pouch on top of the infection seems to work, too, because the larvae secrete microbe-killing enzymes through the cloth. Scientists at Swansea University in Wales isolated the healing component—named Seraticin—from green bottle fly larvae, which normally infest rotting meat. The extract worked against MRSA, E. coli, and C. difficile in laboratory tests. Seraticin may become a new tool to fight antibiotic-resistant infections, which are a growing problem for hospitals nationwide. MRSA alone leads to about 19,000 American deaths a year, according to the Centers for Disease Control. The researchers still need to identify the specific chemical that’s attacking bacteria and find a way to mass produce it. Right now, it takes about 20 mugs of larvae to make one drop of the antibiotic, according to Norman Ratcliffe, a professor at Swansea University who is leading the research. So, until Seraticin comes in a lotion or pill, people will have to overcome their gag reflex and go straight for the worms.