UFOs or UAPs? UAP stands for Unidentified Aerial Phenomena, and NASA recently selected a crew to collect as much data as possible on unidentified objects in the sky. 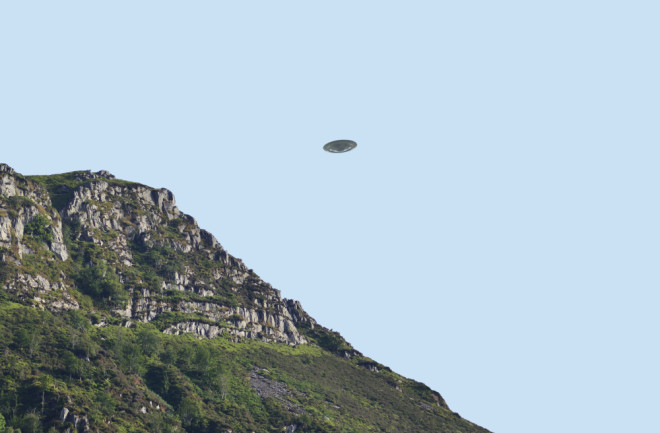 NASA has selected a 16-member crew to study Unidentified Aerial Phenomena (UAPs), formerly known as Unidentified Flying Objects (UFOs). According to a NASA press release, the team will analyze and establish the framework for future studies around UAPs for NASA and other organizations for the next nine months. According to NASA, UAPs interest national security and air safety. With increased UAP sightings from pilots, military personnel and civilians, NASA wants to collect as much data as possible on these phenomena.

A UAP can almost always be identified, according to Leslie Kean — investigative journalist and author of the book UFOs: Generals, Pilots, and Government Officials Go on the Record. In her book, Kean discusses how people can identify UAPs or UFOs 90 to 95 percent of the time as:

However, what are the other 5 to 10 percent of unidentified objects seen in the sky? With recent UAP footage released and NASA's team of experts, we want to look at how UAPs got their start and what we know about the recently declassified UAP videos.

1947 Mount Rainier and The Roswell Incident

At first, Arnold believed that these were military crafts since World War II had recently ended and the Cold War was beginning. However, the military claims there were no military aircrafts in the sky around Mount Rainier that day.

The second incident happened after a rancher near Roswell, New Mexico heard about the possible UFOs near Mount Rainier and discovered the wreck of what appeared to be an extraterrestrial spaceship. William "Mac" Brazel found metallic objects, plastics and other debris and quickly reported them.

Officials from the Roswell Army Air Force Base came to collect the debris, explaining that the wreck was a downed weather balloon, not a flying saucer. However, this sparked a series of conspiracy theories around the incident, including a video of an extraterrestrial dissection.

However, in 1994, the U.S. military released a report explaining how the weather balloon had actually been a spy balloon to try and monitor Soviet nuclear tests as part of Project Mogul. And in 1997, the U.S. Air Force released The Roswell Report: Case Closed, debunking the dissection theory.

The U.S. Navy officially declassified three surveillance videos of UAPs in 2020, after they leaked to the New York Times in 2017. One was from 2004 and two were from 2015. F/A-18 Super Hornet fighter pilots took the videos in restricted airspace during a military training exercise.

USS Nimitz Carrier Strike Group, including the missile cruiser USS Princeton, were performing drills. Among the group were two F/A-18F Super Hornet fighter pilots. During the training, they were suddenly asked to proceed to new coordinates for a possible real-life situation.

Before this, a radar operator in the group had been picking up anomalous aerial vehicles (AAVs) — the Navy's term for UAPs — for several days at an altitude of over 80,000 feet. However, after detecting AAVs at lower altitudes, the two pilots were sent to intercept the objects.

At first, the pilots couldn't see the AAVs, but they did notice a disturbance in the water. Suddenly, a Tic Tac-shaped aircraft appeared, moving quickly and erratically before speeding off. While the encounter wasn't captured on video, a different pilot was able to record the aircraft leaving.

In January 2015, a craft similar to the one seen near San Diego was seen off the eastern coast of Florida by F/A-18F Super Hornet fighter pilots from the USS Theodore Roosevelt. Commentary can be heard between the pilots, asking one another what they thought the object was.

Around the same time and in the same area as GOFAST, the GIMBAL video shows an AAV moving fast and against the wind. The pilots are shocked as it pivots sharply on its axis. In the video's audio, you can also hear the pilots mention that "there is a whole fleet of them."

After releasing these videos, the government issued a nine-page report that said there had been 144 reported UAP sightings between 2004 and 2021. As the NASA team gets to work, only time will tell if these UAPs can be identified.