The Search for the Perfect Periodic Table

Chemistry’s eye-catching arrangement of elements has undergone many changes since its inception in the mid 1800s. To this day, scientists seek to improve it. 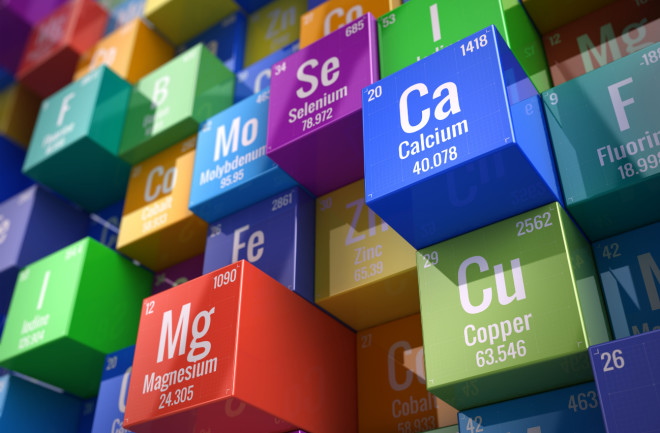 Anyone who attended a high school science class can probably conjure an image of the periodic table of elements, an imposing array of multicolored rows and columns that sorts all the known chemical elements. This familiar way of displaying the building blocks of the universe is by far the most widespread, but it’s just one of countless possible arrangements. And in their quest for the ideal, chemists have suggested well over 1,000 others.

The version we all know is typically traced to Dmitri Mendeleev, a Russian chemist credited as the chief discoverer of the law that lends the table its name: periodicity. Central to our understanding of chemistry is the fact that certain chemical properties recur regularly, or periodically, as you go along a line of elements. Each of these elements is distinguished from the rest by its atomic number: how many protons reside within one of its atoms. Elements of the same column, or “group,” in the modern table tend to look and behave similarly.

In 1869, when Mendeleev published the first of his many tables, he organized it in such a way that these relationships between elements shone through. The progression is akin to moving upward through the octaves on a piano, where every key bears a resemblance to others at fixed intervals. “Of course, these notes are not identical,” says Eric Scerri, a chemist and philosopher of chemistry at the University of California, Los Angeles. “But anyone with half a musical ear can tell that they are the same note.”

Mendeleev, more than any of his contemporaries, had an “ear” for the elements. Although 19th-century scientists were only aware of a few dozen elements (scientists now recognize a whopping 118), his pattern-fueled insights allowed him to make accurate predictions about those yet to be discovered. A century and a half later, Scerri says, the modern table descended from his innovation remains “the ultimate object for classification.”

A Russian stamp, circa 2009, depicts Dmitri Mendeleev in celebration of the 175th anniversary of his birth. (Credit: Olga Popova/Shutterstock)

But Mendeleev was neither the first nor the last word in representing periodicity. Just a few years earlier, the French geologist Alexandre-Émile Béguyer de Chancourtois had published his own interpretation: an intricate model, in which the elements were arranged along a screw-like line that wound around a cylinder. Also in the 1860s, the English chemist John Newlands became the first to order the elements according to atomic weight — a strategy that Mendeleev and others followed until the early 1900s, when the discovery of atomic numbers presented a more precise measure. And while Mendeleev labored over his table, a German chemist named Lothar Meyer was busy developing one remarkably similar.

These were generally presented in eight columns, because behavioral patterns seemed to repeat every eight elements. Fluorine (atomic number 9), and chlorine (atomic number 17) directly below, are both highly reactive gases, for example. But upon closer inspection, the heavier elements don’t follow this trend at all — after two sets of eight, the pattern is spaced 18 elements apart; and after two sets of 18, 32 elements apart. The designs of Mendeleev’s era are so radically different from ours because their inventors simply couldn’t comprehend the underlying mechanism behind this periodicity.

Thanks to Danish physicist Neils Bohr, we now know that these sequences are in fact governed by the number of electrons in a single atom of each element. The configuration of these electrons within the atom’s outermost layer, its valence shell, explains the mind-blowing diversity of chemical reactions that can occur when they mingle with those from another element’s atoms. (Chlorine and fluorine both have seven electrons in their valence shells.) Rows farther down the periodic table are longer because they contain elements with larger valence shells, and thus more electrons.

With the advent of modern physics in the early 20th century, consensus settled on an 18-column table. This accommodated the long fourth and fifth periods, and relocated the even longer sixth and seventh periods so the whole display could fit on a single page. “There are all sorts of sociological and historical reasons why this one has caught on,” Scerri says. It seems to satisfy almost everyone … though a few countries, including Mendeleev’s homeland, have stuck with the eight-column version.

Still, for all its merits, the status quo has some drawbacks. Most obviously, it’s asymmetrical; it captures the periodicity of the elements, but you can hardly tell at a glance. “This is an awkward shape by any stretch of the imagination,” Scerri says, pointing in particular to the unruly duo that heads the list. “It’s always been somewhat mysterious that the usual periodic table has these two elements, hydrogen and helium, sticking out like turrets on a tower.” Meanwhile, the so-called f-block, relegated to the bottom to keep the table to a reasonable length, looks like a jarring footnote.

Over the decades, even as the 18-column table proliferated in major chemistry books, some scientists have tried to improve upon it. The Latvian chemist Edward Mazurs compiled hundreds, but a few are especially noteworthy. In 1964, for example, a German chemist named Theodor Benfey crafted what is often referred to as the “periodic snail.” His lovely, spiraling brainchild emphasizes the continuity of the elements, as opposed to the hard breaks in the standard table, and designates space for the as-yet undiscovered superactinides.

And why confine ourselves to two dimensions? Fernando Dufour, a Canadian chemist, devoted decades to refining his ElemenTree, a 3D, pine tree-like structure in which each period is marked by a new level of “branches.” He has been quoted as saying that "a third dimension [for the periodic table] is not an option but a necessity." This design also highlights more relationships between elements than the 18-column version, by indicating connections along all three axes.

A more recent response comes from Valery Tsimmerman, an American engineer who in 2006 created what he boldly calls “the perfect arrangement of the elements.” Known as the ADOMAH table, it is laid out as a tower and organized around the four quantum numbers, which collectively describe the properties of electron orbitals and help in predicting electron configuration. Tsimmerman even had the emblem woven into a sweater.

His table is actually derived from what may be the most popular of all the alternatives: the left-step. Originally proposed by the French engineer Charles Janet in 1929, this one is inspired by a belief in the deep order and symmetry of nature. And it requires only a slight shuffling of the 18-column — most importantly by moving the farthest left column to the right edge. Rearranged as such, the erratic skyline transforms into a neat staircase.

Besides the aesthetic upgrade, this one appeals to physicists because it’s a better match for the order in which electron shells usually fill. But many chemists balk at the left-step because it lumps helium (which generally keeps to itself) with a group of highly reactive elements. In this sense, it seems contrary to everything periodicity stands for. Gary Kats, an American chemist and advocate of the left-step, wrote in 2001 that sympathetic reviews “have long since been buried in the literature. Writers of today seem to be either unaware of them or unwilling to acknowledge them.”

A few prominent voices still speak in its favor. Scerri, for one, is a fan, and notes that helium’s counterintuitive position may yet be vindicated — in 2017, the supposedly noble gas was found to form a stable compound with sodium at high pressure. “There’s great interest these days in the virtue of this table,” he says. For the foreseeable future, though, the 18-column version is dominant. Scerri recently led a group charged with suggesting changes to the International Union of Pure and Applied Chemistry and said the left-step wasn’t even up for discussion. “We haven’t dared to recommend this one yet.”

The Future of the Periodic Table

Does it make any difference, in the end, how we render the periodic table? Scerri can see the argument from both sides. In his closing remarks during a Zoom lecture in March, he said, “it really doesn’t matter if we represent it as a spiral, as a clock, as a flat table or as a 3D pyramid, or whatever, because it’s the same information that’s conveyed.” On the other hand, he amended a couple weeks later, “representation does give you new insights.”

Either way, difficult choices about representation lie ahead, because the periodic table isn’t static. Since scientists synthesized the element tennessine in 2010, for the first time in its long history, all the gaps have been filled. But there’s no reason to think the list ends here, and once the next ones join, the chemistry community will need to decide how to incorporate them. Though no one is sure how many elements exist, atomic number 119 will be the first in a new row — a new period — that could extend all the way to 172. Best of luck to the textbook designers.