The discovery should help astronomers better understand the extreme conditions at the center of our galaxy and what can survive there. 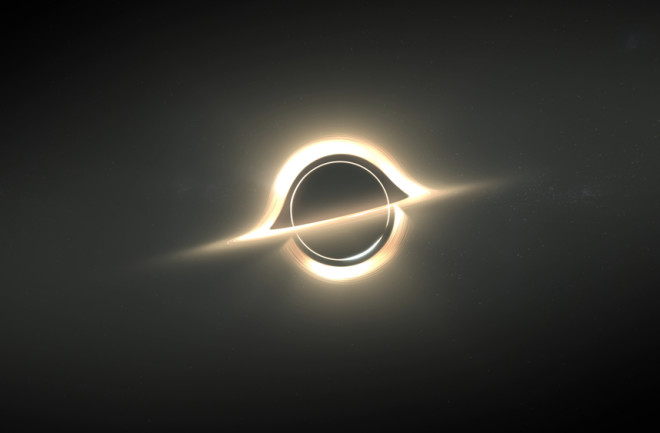 The newly discovered star, called S4716, is about four times more massive than our Sun and twice as hot. It survives extraordinary conditions, orbiting this black hole at a distance as close as 100 astronomical units, less than three times the distance of Pluto from the Sun.

The discovery should help astrophysicists better understand conditions near this gravitational behemoth at the center of the Milky Way and to better calculate its mass and radius.

In 1971, the British astronomers Donald Lyndon-Bell and Martin Rees first suggested that a supermassive black hole might sit at the center of the Milky Way, its huge gravitational force heating gas and dust and martialling stars nearby.

The first observations of this bizarre object came three years later. Called Sagittarius-A* (pronounced Sagittarius-A-star), it sits some 26,000 light years from Earth and turns out to be about 4 million times more massive than the Sun. In 2022, astronomers published the first image of Sagittarius A*, incontrovertible evidence of its existence.

It is no surprise that such a massive object attracts nearby stars. Indeed, astrophysicists have long observed stars orbiting with periods ranging from 10 years to 166 years. These are collectively known as “S stars” and their orbits help to determine the mass of Sagittarius A* as well as its size. For example, S2 has an orbital period of 16 years that it travels at speeds up to 7700 km/s, almost 3 per cent of the speed of light. Its movement suggests the supermassive black cannot be larger than the orbit of Uranus in our Solar System.

However, observations are difficult because the orbiting stars all occupy a small region of the sky and the black hole also attracts dust and gas which glows brightly due to frictional heating generated by the powerful gravitational fields. Nevertheless, astronomers have teased apart the motion of several stars in the region, although none orbit as rapidly as S4716.

Florian Peiβker at the Institute of Physics at the University of Cologne in Germany and colleagues, first suspected the existence of S4716 in infrared images taken by the Keck Observatory in Hawaii.

To confirm their suspicions, they re-examined images of the same region taken by various telescopes going back to 2003, looking for evidence of S4716 that may have been overlooked.

The task is challenging because each image is a still rather than a video showing the motion of the stars. So the team used various algorithms to guess the orbits of the stars and infer their motion between images. That becomes even more difficult with the stars moving at significant fractions of the speed of light.

Nevertheless, the team found abundant evidence for S4716, including several cases when it had been mistaken for other stars. “By investigating published and archival data, we identified this new source that we call S4716 in 16 epochs between 2003 and 2020,” say Peiβker and co.

That’s interesting work that highlights the hugely complex environment around the supermassive black hole at the center of our galaxy, the extraordinary stars that survive this environment and the powerful techniques astronomers have developed to tease apart the phenomenon at work.

The work is far from complete. Peiβker and co say the orbit of S4716 suggest that the space around Sagittarius A* is filled with gas, dust, rocks and other objects with a collective mass several orders of magnitude greater than the Sun. Indeed, in 2018 Sagittarius A* suddenly flared up, becoming 75 times brighter than usual, almost certainly because it had swallowed an asteroid-sized object.

Clearly, there are more secrets to discover in this, the most extreme corner of our Milky Way galaxy.

What Happens To Us If Earth Falls Into A Black Hole?