There’s only one known specimen for this species of katydids — but it’s preserved wings give hints to its song structure. 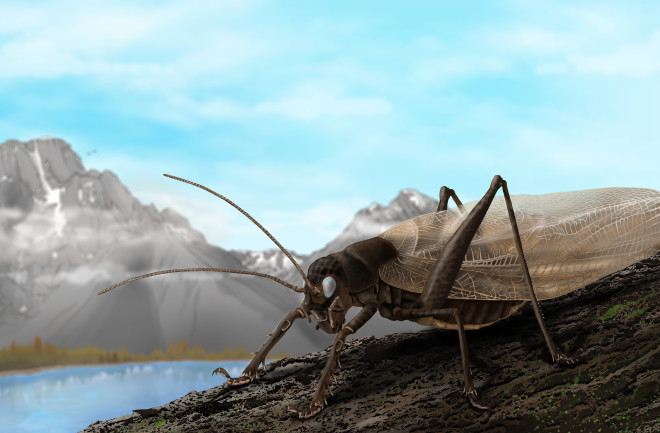 It’s the stuff of science fiction — but according to a new study, researchers can use high-precision lasers and bug wings to figure out what dead insects sounded like.

Male katydids rubbed their wings together to produce ringing songs. They strike a hard scraper on one wing and a toothed file on the other. This vibrates window-like resonators called mirrors and harps that wiggle like tuning forks to amplify the sound. All katydids generate sound this way, and researchers can use the shape and size of their instrument to predict what their tune might have sounded like.

In the new study, the team reconstructed the song of a 150-year-old katydid called Prophalangopsis obscura. Experts collected the bug in India around 150 years ago, and it’s the only male specimen of this species ever discovered. It might still be around today, but nobody has found another male — dead or alive — since the initial discovery.

Then, they estimated how long it would have taken for the insect to rub its whole scraper against the file to predict how long each chirp lasted. The authors built a software that used these parameters to reconstruct the song.

The critter produced pure-tone sounds, much like most katydid species. However, with a resonant frequency of 4.7 kHz, it’s low-pitched compared to most of its relatives.

The scientists think that the low-pitched song could indicate that the species wasn’t heavily predated. Low-frequency sounds travel long distances: That’s why you can hear drums from a rock concert from far away, but can rarely hear the lead vocals. This katydid belted bellowing melodies, so it could be less concerned with predator avoidance.

The team also hopes that they can use the reconstructed song as a template to track down live specimens of the species in audio recordings. They hope that one day, they’ll find and record a live individual and validate how reliable their acoustic reconstruction is.